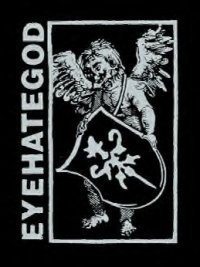 NOLA sludge metal band Eyehategod have revealed the name of their new drummer, Aaron Hill. Hill will have big shoes to fill as he will replace original drummer Joey LaCaze who passed away in August from respiratory failure.

The bands last, and fourth studio, album titled Confederacy of Ruined Lives was released in 2000 via Century Media.

Hill will play his first official show with Eyehategod tonight at the world famous House of Shock with horror surf band The Unnaturals. From there, the band will ride on to take Columbus’ Al Rosa Villa on November 1st and bring things to a chaotic close with two back-to-back nights of mischief at Chicago’s Cobra Lounge November 2nd and 3rd. Later next month, Eyehategod will stomp their way through Brooklyn, New York, West Chester, Pennsylvania and Quincy, Massachusetts with additional live takeovers to be announced in the weeks to come.

The ever elusive new LP is moving closer to release with mixes being done by renowned sound wizard Sanford Parker as we speak. Stay tuned for further info as it becomes available.