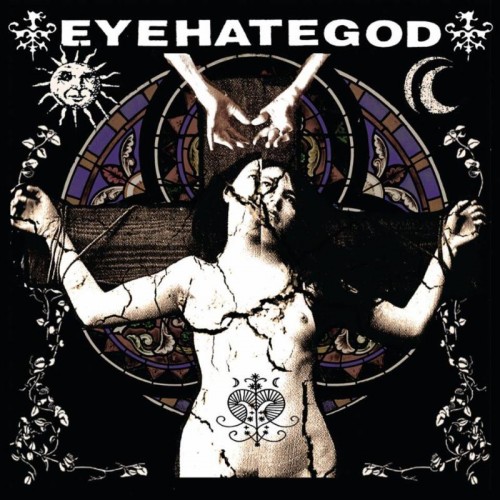 Following countless years of personal hardships, studio disasters and times of music industry indecision, New Orleans’ own EYEHATEGOD, with much relief and excitement, are proud to announce the release of their brand new full-length! Entirely assembled and financed by the band, the self-titled, eleven-track long player will be released on May 27th by their partners at Housecore Records in North America, May 26th by Century Media in Europe, Australia and New Zealand and May 21st by Daymare in Japan.

Comments vocalist Mike IX Williams, “I have to say I don’t believe we’ve lost nary a step in the creation of this album and we think these newer songs are a killer combination of classic EYEHATEGOD mixed along with our best production, mixing, engineering and songwriting in thirteen years. The main and total tragic break in the chain, was obviously last year’s death of our great friend and drummer, Joey LaCaze. However, his original drum tracks made it onto the final master recordings and we’re fucking psyched about that… As for working with Housecore, it was a no-brainer. We’ve always been a family, and will always remain a family.”

Adds Housecore founder Philip H. Anselmo, “Being a part of the new EHG record is a dream come true. I’ve known, supported and loved the guys for almost as long as I’ve been playing music myself, and it is our pleasure here at The Housecore Records Compound to have ’em aboard. And I gotta mention, having heard the new record, this is the EYEHATEGOD record every true fan has been waiting for…. Hail!”

Check out  the new lyric video for “Agitation! Propaganda!”

now playing at this LOCATION.

As a precursor to the release, EYEHATEGOD will play a special one-off show with High On Fire, Corrosion Of Conformity, Magrudergrind, Strong Intention and Ilsa at the Ottobar in Baltimore, Maryland on April 27th. For more info, point your browser HERE.