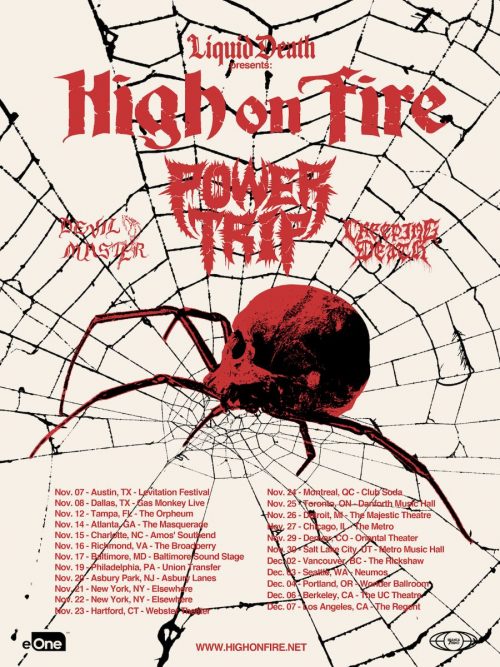 Hello happy campers. I have survived the New York heatwave over the weekend, sweating away in a dark room listening to Fields of the Nephilim’s early Dawnrazor era with curtains drawn trying not to die as my cat hogged space in front of a cheap fan. Who needs more than an hour sleep from discomfort?! Not when you are writing about miserable, earth shaking metal! Anyway, all is well and got some gnarly tour news to kick off the week. I hope it brings you cheer to counter-balance slightly that the FUCKING ARCTIC is burning and we are all going to die. Humans suck so bad, what an embarrassment.

Anyway, speaking of fire…GRAMMY conquerors High On Fire have announced a disgusting wealth of mosh via their new tour with Power Trip, Creeping Death and buzzworthy band of the moment Devil Master! This is gonna be sicker than hot zombie guts in a Play-Doh fun factory.