FACT: High On Fire/Crowbar tour is heavier than other tours. 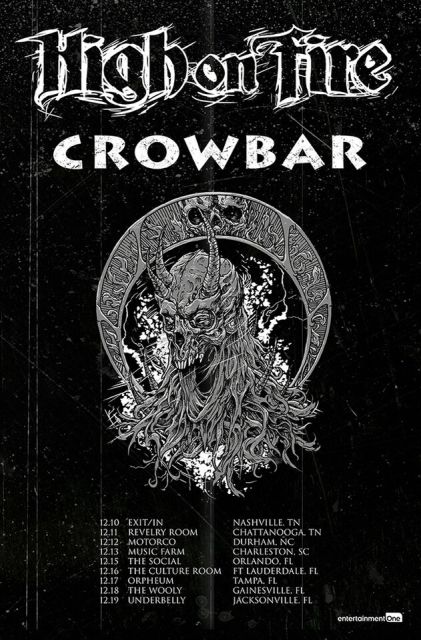 Universally celebrated, heavy metal power trio HIGH ON FIRE has announced U.S. tour dates in support of its new album, Luminiferous. The trek will launch on December 10 in Nashville, TN and will feature support from New Orleans’ sludge kings, Crowbar.

It s a good thing Conan is not on this tour as well or it might actually crack the planet in two.