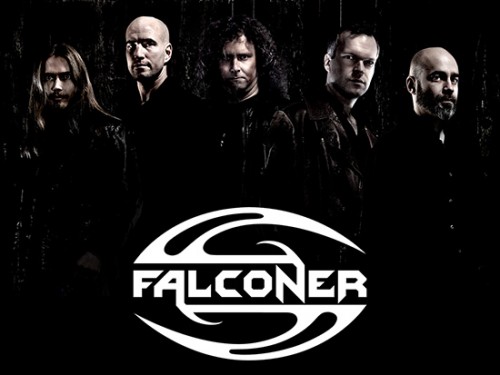 ProgPower USA has announced the line up for ProgPower XVI, which will include Falconer‘s final live performance. A video featuring music from the bands announced so far can be found on facebook.com/ProgPowerUSA. The festival is scheduled to take place in Atlanta, GA September 11-12 next year. Tickets will go on sale on October 4 through Ticketmaster.

“As the news has been dropped that we won’t continue as a live act we take the opportunity to explain, not that it really differs much from the state the band usually is in. The last show will take place at ProgPower USA in 2015.

“As I (Stefan Weinerhall) started Falconer in 1999 it was meant to be a studio project, I have always looked upon myself as a writer more than an artist, the creative work has been the reason and driving force. We started doing some shows after a while but never really going all in although the shows themselves was really rewarding, fun and filled with fond memories. It is due to conscious decisions that we have built the band up around our obligations, work schedules and family lives so there is no bitterness to this decision although the decisions were harder to make in the early years when everything started rolling. If we’re not a proper live act we’re better of as the studio project we were meant to be.

“The inconsistency of doing very few shows with huge gaps between them has meant that we’ve had to start up the rusty machinery from scratch each time. So now as we all are becoming grumpy old men, we realise that the output don’t match the input although the experiences from the past gigs have been great!

“We owe it to our fans and ourselves to do some more appearances before becoming even more reclusive than we already are, haha! So for 2015 we have looked into our windows of opportunity and seen which festivals we CAN do. Those festivals are now contacted and know of the exclusivity in the offer. So with this I hope that those of you who really want to catch us a last time will succeed, even though we haven’t directly booked a world tour!

“Cheers from the metal minstrels from the north!”

Falconer’s most recent album, Black Moon Rising was released in June of this year and can be previewed and purchased at metalblade.com/falconer.

Much luck to the band in their future endeavors and thanks for their efforts to date bringing great metal to true fans.