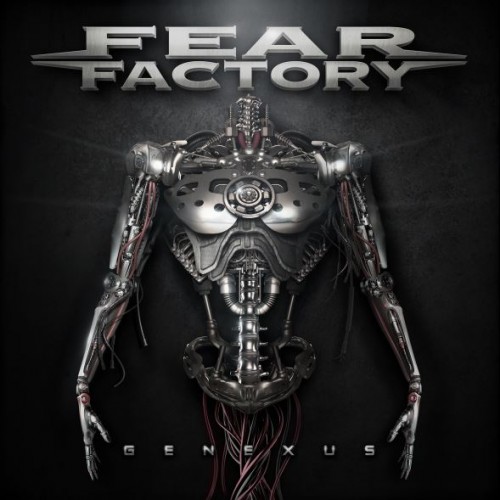 As a long time Fear Factory devotee I get a weird mix of excitement and worry when they release something. I’ve honestly liked all their records and think even Transgression gets a bad rap, just needing a better mix (“540 000 Degrees Fahrenheit” is a dope song, c’mon). Mechanize was the best thing they have done since the mostly decent Archetype or the classic line up days, but while it was a very good record song-wise, The Industrialist  didn’t have the human machine drumming a Hoglan or the true FF thronesman Raymond Herrera made such a special part of the band’s sound. Even when The Industrialist sounded cool I just couldn’t get over it as a longtime Herrera fan.

Well, the new song features drummer Mike Heller who is a solid player. The new song “Soul Hacker” feels a bit like a return to the underrated Digimortal sound, really choppy and groovy  with some borderline Nu moments but  nothing too embarrassing. Burton C. Bell really excels on this kind of stuff where he has some room to really flex his vocal styles. The single is from pending record Genexus (a coincidence the title is similar to the new Terminator reboot?), and while I don’t think it’s gonna be the next Demanufacture I am definitely going to be picking up a physical copy again this time. Stoked Tony Campos (Static-X, Prong) is in the band now too, though this cover art is their worst.

Check the new tune out out BELOW.