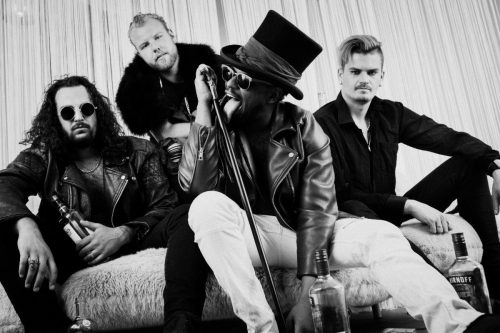 Norwegian metallers Fight The Fight have released a video for their latest single “Triggerfinger.”

“Triggerfinger” is off the band’s upcoming album Deliverance due out on September 18 via Blacklight Media Records/Indie Recordings.

The video and the sound remind me of Nonpoint. The band says of the song, “The song is about being at war with yourself, the mind and the alter ego. Everything gets out of control or maybe it all falls in part? It’s up to you how you see it.”

The band says of the themes of the album: “You can say that in many ways writing this album has been a path to set free our individual alter egos. These are all coming out in the lyrics during the album. It is not about cleansing but realizing. Always be true to yourself and everyone around you. Sometimes you have to let that beast out and here it is, a beast of an album!”

Check out the video for “Triggerfinger” here.