Final Nachtmystium album will blow you away this August 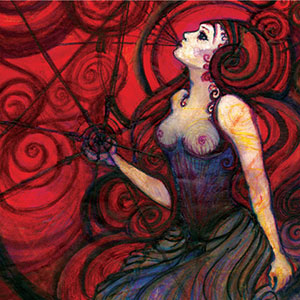 Nachtmystium has had some very valuable contributors over the years, but is still at the end of the day Blake Judd’s baby. That said, though I love every era of the troubled black metal band, the latest pending (and final) Nachtmystium album The World We Left Behind is going to destroy pretty much everything in front of and behind it. The record is that good. All drama and controversy surrounding the band aside. it is the best thing Blake has ever had his name (or any alias) on. I was lucky to hear most of it months ago (thanks Blake. Eternal horns for that)…and it is simply a future classic, a landmark of cathartic pain and a humbling yet powerfully bold end to the band’s long quest for meaning amidst nihilism.

The nine song album is set for release on August 5th in North America and August 4th in Europe/Australia/New Zealand via Century Media Records.

The World We Left Behind track listing:

1. Intrusion
2. Fireheart
3. Voyager
4. Into The Endless Abyss
5. In The Absence Of Existence
6. The World We Left Behind
7. Tear You Down
8. On The Other Side
9. Epitaph For A Dying Star