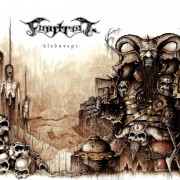 Finnish folk metal group Finntroll have revealed the artwork and track listing for their upcoming album Blodsvept.  It is set to be released via Century Media on March 25th in Europe and March 26th in North America and as always features some pretty badass cover artwork by the band’s guitarist Skrymer.

Click here to see a large image of the cover and the track listing.

Blodsvept will be Finntroll’s sixth album and the follow up to 2010’s Nifelvind.  The band  has released the following comments regarding the album:

“Combining our trademark sound with even more influences from non- traditional genres in metal music, we have created 11 songs which show you everything we want to offer. And boy, wasn’t that one of the hardest tasks for some time. After all, how do you keep your sound fresh, yet familiar, after 6 albums and 15 years?

At some point, we were afraid that the songs are not melodic enough. Then we started to fear they became too melodic. Then we let the songs rest for a while and molded them more in a way that the non-melodic stuff got something to hum with, and the cheesy pop songs were arranged more stripped and aggressive. We were confident, yet sometimes scared what will people think of the stuff we’ve been doing so hard. What if they hate it? That would be fine, but if they would hate it because the material was uninspiring, boring and done-to-death, that would be a huge disappointment. So, we kept pushing and tried to keep it fresh all the time, while still having the ‘this has to be Finntroll because no other band sounds this insane’ – grinning going on.” 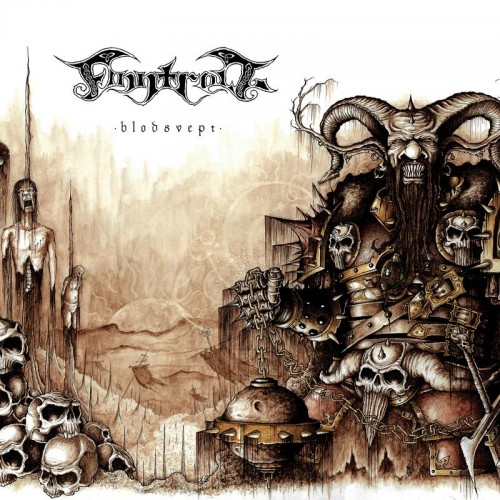