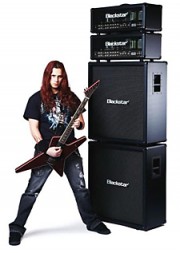 Vicious virtuoso Gus G, who is best known for furious fretwork in Greece’s power metal band Firewind, has been awarded the prestigious Dimebag Darrell award, given only to those with the highest of face-melting shred capabilities. Gus G also played with some guy named Ozzy, but I’ve never heard of him…

While the Greek genius was not able to be present for the award ceremony, he did express his gratitude via video and a few sweet riffs on his axe.

Firewind’s latest album “Days Of Defiance” was released this past October via Century Media.

Click here for a thank you  and good night solo.[youtube]http://www.youtube.com/watch?v=Buj6qcHAO0A&feature=youtu.be[/youtube]