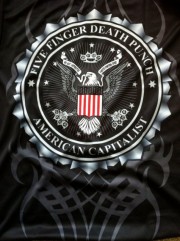 The album will be the first to feature new bassist Chris Kael, the replacement for Matt Snell, who parted ways with Five Finger Death Punch in late 2010 for reasons that remain unknown. Zoltan Bathory confirmed in April that Snell had departed from the band in December, but said that he was unable to discuss the issue further due to contractual obligations.

It won’t effect their sound anyway, Bathory says: “He wasn’t a writing member, so it doesn’t really affect how we sound like or how the songs are coming out, and especially [since] we were about to embark on the third record, it didn’t matter really if the bass was gonna sound the same.”

The first single from “American Capitalist” will be titled “Under And Over It” and will be debuted online on July 27th. Five Finger Death Punch’s 2009 album “War Is The Answer” has been very successful in the US, selling over 530, 000 copies and spawning four high-charting radio singles. 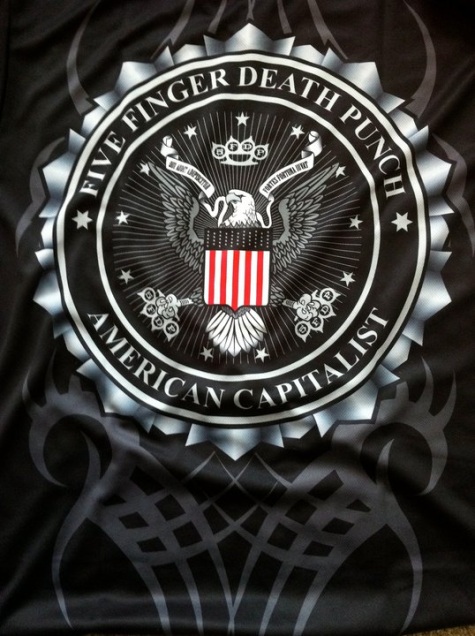