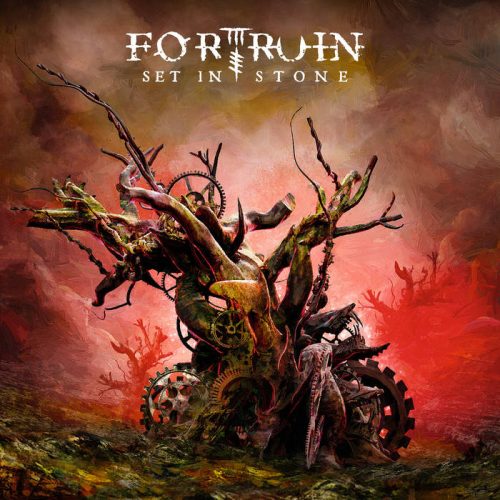 Irish metal band FOR RUIN is proud to release a 10-track CD titled SET IN STONE. The CD will be available from today as a special limited edition from the band’s Bandcamp.

Set In Stone features two brand new and previously unreleased tracks, unique to the Set In Stone physical CD release along with the 8 songs that were previously released digitally as the ELAPSE and RELAPSE EPs during the past year. The new songs plus old bangers (including the punishing “Only The Dead”) showcase this band’s expert control over the carnage inducing power of melodic yet extreme metal guitars, churning rhythms and take no prisoners vocals. RIYL At The Gates, Cradle of Filth, etc.

The 10 songs have been mastered by Marko Tervonen (The Crown) at Studio-MT, in Sweden. Artwork for the CD comes from Ken Coleman (Morbid Angel, The Cranberries etc).