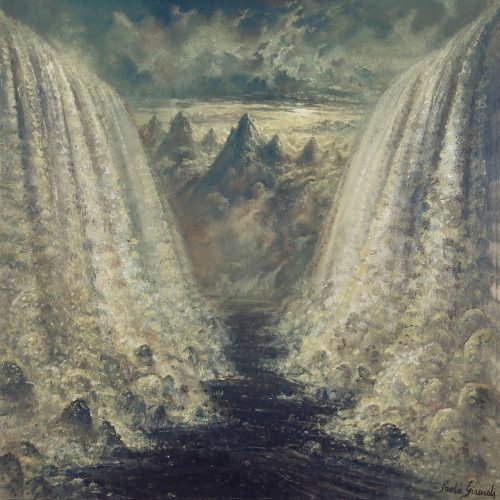 Today we are reporting still (thankfully) alive from quarantine on a very unfunny April Fool’s. Happy belated TDoV to our trans readers and hope everyone is ok out there and holding it together through this Hell. I am glad the Empire State Building has been flashing red and looks like Gozer is coming, because we dumb ass Americans need to check our cocky privilege and realize this shit is no joke. Get the fuck inside.

I just finished reading Catalyst, an excellent novel that details events leading up to one of my top favorite Star Wars films – Rogue One. The book gives you a lot more background on Jyn’s parents and the machinations that led up to their manipulation at the hands of Krennick as well as plenty of colorful connect the dots moments in the subterfuge that surrounded the construction process of the Death Star. Very good read for you fellow nerds out there who haven’t ever read that one.

Let’s get to to the metal. Today we have some new Forgotten Tomb! I love this band. They have done a wide variety of edgy material over the years from the bleak and suicidal sounds of my favorite Springtime Depression to the bold and big We Owe You Nothing where the band really did whatever they wanted regardless of “cult” status rules (check out “Longing For Decay” on that one, a beast). The new track stream from pending “Nihilistic Estrangement” is a promising direction that almost sounds like post metal and black metal married to a huge sense of space. It feels like black metal Mogwai at some points, which is super fucking rad. Good on them. Pre order the Italian band’s latest HERE via Agonia. The cover art has more trad nature BM vibes than they have rocked on their art pretty much ever as well. They always keep it interesting.

In a comment that encompasses everything from working on the album, to musical expectations and lyrical themes, the band had this to say: “Nihilistic Estrangement is our tenth album and it opens a new chapter of the band and possibly a new trilogy, therefore it sounds different from our previous release, which closed the past trilogy. The whole idea and concept behind the album was to make something detached from all the current trends in terms of style and production so that it would feel timeless and not chained to a particular frame in time. I chose specific vintage microphones from the 60s/70s for the studio sessions and mostly played on early 80s instruments, as well as using both analog tapes and mixing desk. It was pretty much recorded like an old album from 40 years ago or such. I pretty much wanted to make something that was removed from the current state of music and the standardized productions that get churned out daily. Musically speaking there are references to all of the band’s eras but it sounds very refreshing and extremely personal; it’s 100% Forgotten Tomb. The lyrics deal with several different themes but the main focus is about reaching a mental estrangement from the modern world; it’s about refusing to partake in the current state of things and finding solace in a inner world of my own where no one can enter. I’d say the lyrics and concepts on this album are extremely misanthropic, even if it’s a term that got thrown around so much over the years that it kinda lost its real meaning”.