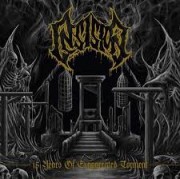 Swedish death metal band Insision are offering up a newly recorded version of a song for free download.  The song is called “Exaggerated Torment” and this version is taken from their newly released Sevared Recordings album called 15 Years Of Exaggerated Torment.  It is a 23-song collection of rare older and live material released to commemorate the band’s 15 year history.

You can find the track up for download right here.

Insision recently released the following statement regarding the download and a new album:

“We are currently working on new material for Insision’s next, yet-untitled full length album. Now, we’re not the fastest band on the planet to release a full-length record, so for now we’ll give you one track of the latest recording of the song ‘Exaggerated Torment’, recorded this year. The track appears on our newly released 15-year anniversary CD, ’15 Years Of Exaggerated Torment’. This song was recorded along with OffBeat studio’s sound engineer Anders Eriksson in January 2012.”