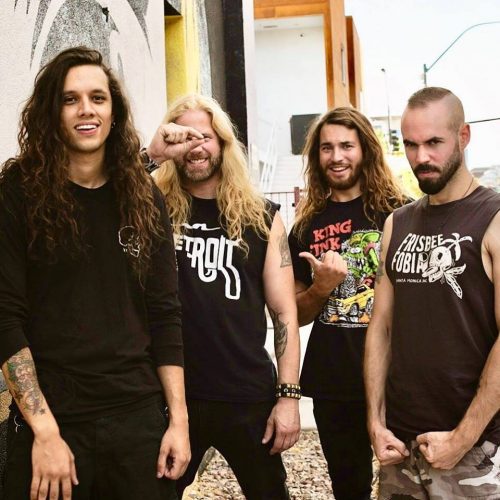 Hey y’all. No, I am not gonna be writing about Pink here today despite quoting her song “Funhouse” above. I just figured it was a good way to segue the title of this article into news about Slipknot, since they have masks and stuff. 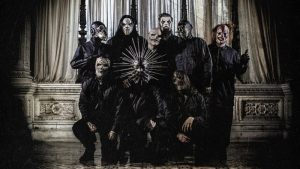 Mr. Corey Taylor says…the new Slipknot album is now in the demo stages and is gonna be “Iowa levels of heavy”, which is to say not as heavy as, say,  Xibalba but heavier than Stone Sour or the last album. So that is still pretty darn heavy. The band are hoping it will land on the 20th anniversary year of their debut, making a neat little bloody perfect crop circle to pit within.

Somewhere between Black Label Society and Pop Evil lives the new performance video from Void Vator, a hot little number called “Until It’s Gone”. The video sort of features the band rockin’ out, partyin’ and bein’ dudes, but not every music video has to be rocket science or…I was gonna say brain surgery but we do cover a lot of death metal on this site and so we are fans of gory brain surgery videos, actually. “Until It’s Gone” is off their 2017 released debut EP, Dehumanized. Dudes, that is pretty close to the name of one of my favorite Dio-helmed albums of all time but I dug your video so we will let it pass this time. Just don’t call the next EP Heaven & Smell or something. Or…do? That might actually be awesome.

This band has some rockin’ vibes and seem like they love what they are doing. A lot of bands have to pose these days or seem to be cooler than thou so it is nice to see a band just letting their hair down and laying down some big fat heavy rock action.

Anyway, Void Vator has ALSO announced their SOUTHWEST 2018 TOUR. Launching July 19th in Las Vegas, the tour will wind through Arizona, Texas, and New Mexico before winding down Phoenix on July 28th. Check the dates out on their Facebook page.

The most extreme item on this Friday news list of note is that Axis Of Despair have two new tunes out, “The Wolven Law” and “Crush The Empire”. These new songs follow the already released and self-explanatory “A Life Of Ceaseless Grind.” If you like grind and real rollicking hell punk you will eargasm to this immediately and then perish only to have your organs re-animate and burst forth still dancing and raging from your flesh prison and doing a little organ jumping bean grind ritual mosh with each other…nevermind. It all goes off the rails so fast around here. Where was I?

This Swedish grindcore group was formed by current and former members of Nasum, Coldworker, Infanticide, Volturyon, Livet Som Insats, Nervgift, Overtorture. Shit, you had me at Nasum. Their Contempt For Man full length is gonna be out this year on Southern Lord. Southern Lord are once again having a virtually unstoppable year. I am still ass kicked by Jesus Piece, Baptists and the new Eagle Twin. Damn, dudes!

But yeah, check yourself out Contempt For Man‘s presently consumable onslaughts over at Bandcamp HERE. This band is certainly a wrecking crew. My neck hurts after like five minutes of this music. Love the dry, harsh vocal sound over the brittle tones and explosive performance energy! Top notch. 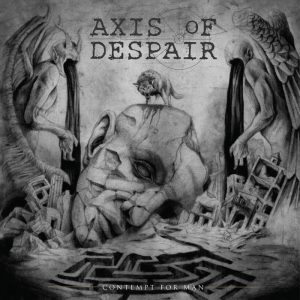