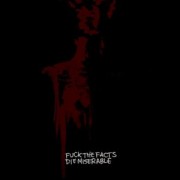 Canadian grindcore act, Fuck The Facts, have released a music video for their song “A Coward’s Existence” from their new album “Die Miserable.” The new music video was directed by Michael Panduro.

The new album was released in October 2011 through Relapse Records.