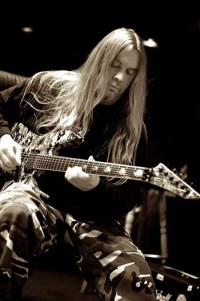 The late Jeff Hanneman, guitarist for Slayer and if you didn’t know that you shouldn’t be reading this page, was honored by having a traffic circle named after him in Jaworzno, Poland according to CentrumDruku3D, The sign was unveiled on Thursday, February 6, 2014 and will be kept up for a year and reads “Jeff Hanneman’s Circle Pit – unforgettable Slayer guitarist”

You can watch a video of the unveiling here (Shit is not in English).

The sign was put up by Polish company Art-Com Sp. z o.o. (Art-Com Ltd.), who won a charity auction during the Wielka Orkiestra Swiatecznej gGcI.99