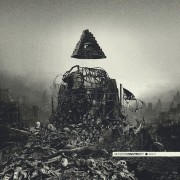 L.A. based deathgrind “supergroup” Murder Construct are streaming their debut full length album in full over at Metal Sucks right now.  The record is called Results and is available as of today August 28 on Relapse Records.

You can find the album stream by clicking here.

Murder Construct formed in 2006 out of current and former members of Cattle Decapitation, Exhumed, Intronaut, Phobia and others.  Results is the band’s debut album and the follow up to the group’s 2010 self-titled EP.