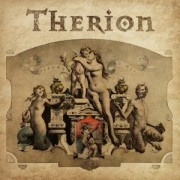 Swedish gothic metal band Therion are streaming their new album Les Fleurs du Mal in its entirety over at Guitar World right now. The album title translates to “flowers of evil” and refers to a famous french poem from the 1800’s. It is being released today on End Of The Light Records as some kind of mystery art project to commemorate the band’s 25th anniversary.

You can find the album stream right here.

A recent press release had the following information on the release of Les Fleurs du Mal:

“There are still many details that are unknown about this mystical art project, and so far only the album title Les Fleurs du Mal can be officially announced. The album title refers to Charles Baudelaire’s (French author and poet 1821 – 1867) famous poem collection “Flowers of Evil” (Les Fleurs du Mal in French) that caused such an upset of emotions in France that the author was brought to court and got fined for “insulting the public” with six of the poems, that remained forbidden in France until 1949 when the ban was finally lifted. The spirit of the project is a tribute to Baudelaire, and is imbued into both music and artwork. The album was recorded at Adulruna studio, located in a separate building next to Johnsson’s decadent “Villa Adulruna” where the band lived together while recording.”