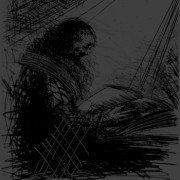 Progressive blackened folk metal group Agalloch (did I just invent a new genre name?) are streaming their entire new EP Faustian Echoes over at their Bandcamp page.  Faustian Echoes is a two-part song based on Johann Wolfgang von Goethe’s epic masterpiece Faust.  It is by far the longest song the band has written so far.  The album is being released on the band’s own label, Dammerung Arts.

You can find the EP streaming right here.

This EP will be available as a digital download at the Bandcamp site starting on July 11th when the band begins their Summer tour in Portland, Oregon.  Both the LP and CD versions will be initially only available during the band’s tour and will then be made available to the world following the tour. You can find the dates so that you know when to look for the album right here.