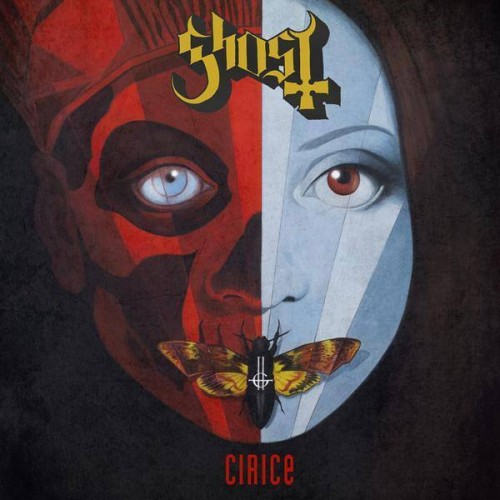 “Put the lotion in the Papal Tiara!”

Hmm, that title is not meant to disparage the mighty Ghoul, but let’s face it…there aren’t a lot of bands anywhere remotely as subversive as Ghost. People can talk shit but they are home doing something a fraction as cool and probably wearing three day old underwear. Their new song is called “Cirice” and comes with maybe the coolest piece of artwork they have done yet, like listen to “American Girl” and get freakin’ kidnapped and thrown in a pit levels of WOAH. Slam dunk for Satan and Big Papa III. Ad the song is brilliant, one of their more adept  and certainly a net level for the band. It’s like a dark cloud got thrown over 80’s arena pop rock and haunted with heavy metal’s bloody trail of conquest.

While these Swedes are not as Kvlt anymore as some other cool band like like Night Viper or , but they can still stomp a Mercyful mudhole in your ass and whistle Abba during a black Sabbath mass over your grave of mutilation, as blood is pissed and wine is sipped. “Can you hear the rumble?”

“Cirice” is from the upcoming album MELIORA (which has nothing to do with Linkin Park’s METEORA, though both may be works of the devil. Actually, I can’t even front and pretend I don’t bump Linkin Park, haha.

Available August 21st, 2015. Download this track for free at: http://found.ee/Ghost_CiriceDL