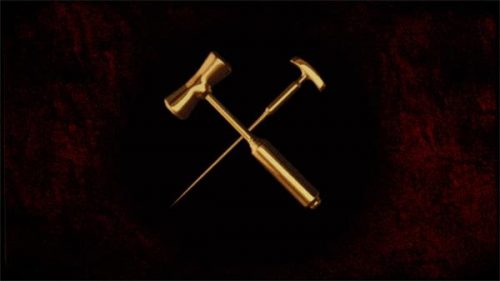 Ghost’s “Ultimate Tour Named Death” North American headline arena tour starts on September 13 in Bakersfield, CA and will see an expanded theatrical production, a striking stage set resembling a medieval cathedral with a backdrop of illuminated stained-glass windows. In addition to rich costumes, special effects, and a spectacular light show tailor-made for arenas, the Cardinal, the Ghouls and the Ghoulettes will take advantage of series of multi-level platforms and walkways to prowl around on while performing some of Ghost’s fan-favorite songs from the band’s albums and EPs catalogs. The set list will include fan-favorites “Square Hammer,” “Cirice,” “Ashes,” “He Is,” “Year Zero,” Rats,” “Mummy Dust, “Life Eternal, “Dance Macabre,” and “Faith.”

Check out the “Faith” lyric video as well as Ghost tour dates, including the dates for “Ultimate Tour Named Death” here.

* Twin Temple will support on this date