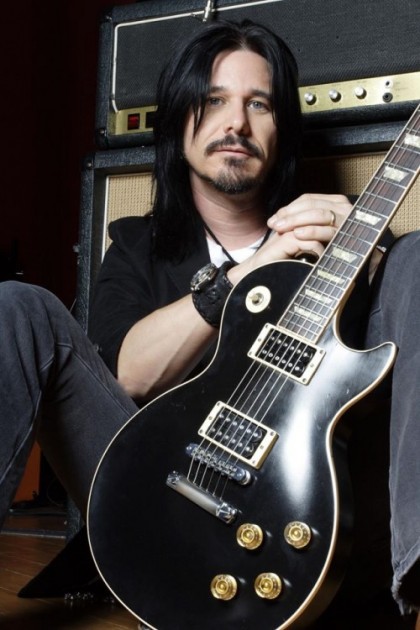 Happy 4th, y’all. Let’s celebrate all that the best of American metal and hard rock, in the big stadiums or underground clubs ,  shares a family spirit that transcends conflict and is some of the best fabric of modern society. No longer just outcasts, metal is now part of the national language more than ever. People always say metal bands are the nicest people. Let’s keep changing the game.

Here’s someone best known for playing with two bands as American as Cleveland Browns games and bad apple pie metaphors for a woman’s privates…Guns n Roses and MC5 (and think about it…the MC5 were a buncha commies, right?!!).

Gilby Clarke embarks solo on a worldwide summer tour – kicking off in London, England at The Underworld. Before Clarke crosses the pond, he will deliver to all the fans a new track, which will be announced in the weeks to come.

Recently, Clarke released a new video “Tijuana Jail” – Originally released in 1994, Clarke updated this fan favorite with a 2014 video version that can be seen below.

Best known for his tour of duty with Guns n’ Roses, Gilby Clarke was 17 when he traded Cleveland for Hollywood. A troubadour in the Ronnie Wood tradition: a barroom brawler with attendant Stonesy swagger, plus a catalog of well-written ditties. Clarke joined Guns in the early 90’s as the Use Your Illusion tour kicked off. He appeared on the bands Spaghetti Incident, Live Era ’88-’91 & Greatest Hits albums. Surviving the longest tour in history – Clarke went solo & came out swinging with PawnShop Guitars. A catalog of rock n roll purity: “Tijuana Jail”, “Cure Me or Kill Me… & The Stone’s “Dead Flowers” put this record on many year-end top 10 lists.

Along the way Clarke split time producing worthy bands: LA Guns & The Bronx while touring/recording with Heart, The MC5, Nancy Sinatra & Slash’s Snakepit. Clarke also starred in the CBS TV show Rockstar Supernova with Tommy Lee and joined his new bandmate for an all-star VH1 Rock Honors appearance. Recently, Clarke & his GNR alumni pulled off an amazing Rock N’ Roll Hall Of Fame performance when the band was inducted in 2012 & continues to play with the ex-gunners from time to time in Kings Of Chaos.

TOUR DATES – ALL U.S.A. DATE W/QUIET RIOT EXCEPT WHERE NOTED: