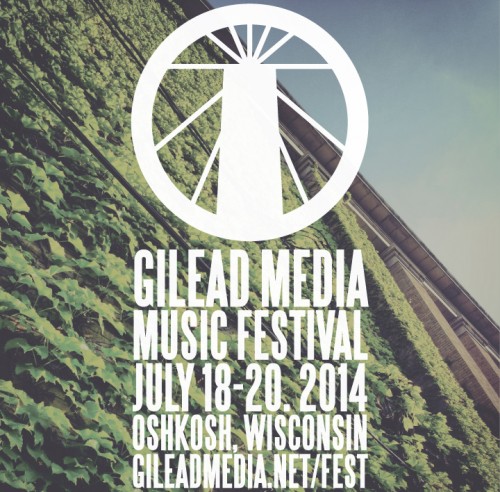 “The first Gilead Fest took place on April 28th & 29th, 2012 in my home town of Oshkosh, Wisconsin. This was an unbelievable weekend, filled with an incredible lineup of black metal, doom, punk, and drone bands from across the United States. Words will fail to explain exactly how meaningful this weekend was. A positive environment, many of my friends, many supporters of the label, and many of my favorite bands, all in one place for two straight days. Celebrating our collective love for music.

There were never plans to make this an annual event, or to even hold a second festival at all, truthfully. But time passes, and life oftentimes brings us back to places we never thought we’d see again, save for dreams and memories. So, that being said, the Gilead Media Music Festival will return July 18th-20th, 2014. Once again in lovely Oshkosh, Wisconsin.

Exact venue is still yet to be determined, but I’ve had some positive conversations with a prospective venue that will understand the crowd, atmosphere, and music. More details on that soon.

“There are a small handful of bands confirmed already, but I won’t be announcing those just yet. Simply letting everyone know, this is happening. Plan accordingly.

Talk soon, my friends. I sincerely can not wait to see you all again.” -Adam Bartlett/Gilead Media