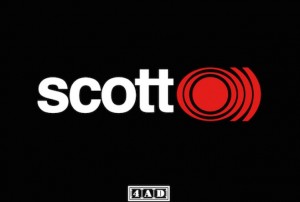 Premiered by NPR, the acclaimed French-Austrian artist, choreographer and director Gisèle Vienne has made a film titled “Brando”, inspired by, and using, Scott Walker + Sunn O)))’s song of the same name (which appears on their collaborative album, Soused, out this week).

With Vienne interpreting the tracks themes, the filming took place in a remote 1968 chalet in the French Alps with the story revolving around three performers – a dancer (Anja Röttgerkamp), a teenager (Léon Rubbens), and French arts icon Catherine Robbe-Grillet.

With Gisèle a frequent collaborator with Sunn O)))’s Stephen O’Malley, they will present Kindertotenlieder in New York later this month – a hybrid dance theatre work she has choreographed, with Stephen, part of a musical duo to accompany the performers. Taking place from October 29th to November 1st at New York Live Arts on W 19th Street, more information can be found here.