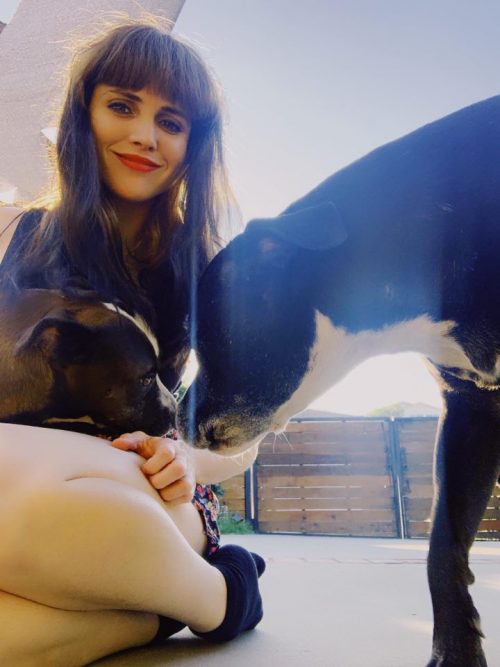 Former Meowtain riot grrrl punk singer turned Psych Folk artist Globelamp (Elizabeth Gomez) has shared a series of IG posts showing receipts of Haley Dahl from Sloppy Jane seemingly threatening her with violence awhile ago for daring to make a public claim that Haley’s friend and Burger Records producer Joel Jerome sexually harassed Gomez during the recording of her album The Orange Glow. Gomez claims he would make tons of bad sexual comments, take pictures of her cleavage for a “spank bank” and say she had to have his baby, among other things.

In addition, Gomez has posted how she tried to warn Conor from Bright Eyes and Phoebe Bridgers from working with Secretly Group record labels because they helped Sam France from Foxygen. She posted tweets showing friendships between Sloppy Jane, Joel Jerome and Phoebe Bridgers and pointed out that if the dynamic between Ryan Adams and Phoebe mattered than why don’t the same folks care about what she says Joel did to her, with Phoebe’s best friend Haley even seeming to threaten her in a public manner and then Phoebe and Conor signing to Foxygen’s label and not caring about the multiple warnings Globelamp claims she tried to give through mutual former collaborator James Felice (who may not have bothered to ever say anything) and through multiple attempts at contacting Conor and Phoebe on social media through her verified platforms.

Phoebe today blocked Globelamp instead of accounting for any of this.

When I told people how Joel Jerome, recording engineer who recorded most Burger/Lolipop bands, sexually harassed me, I was told by Haley from #sloppyjaneband that I was making it up for “hype” and that she was going to hurt me. She went out of her way to message people like Ariel Pink to tell him to NOT believe me that I was abused. She is now trying to ride an image of being a woke feminist. It’s disgusting. Haley from Sloppy Jane tried to help cover up sexual harassment by a Burger/Lolipop producer. #burgerrecords #abuse #victimblaiming #lolipoprecords #sloppyjaneband #phoebebridgers

“Phoebe made headlines calling out Ryan Adams for abusing power dynamics but has frequently ignored completely how Secretly Group has helped my abuser Sam France with DARVO on me. Sam is the singer of Foxygen (on the same label conglomerate) a guy who admitted in court to striking me in the mouth and who has abused the legal system with his label’s multi million dollar blessings and influence against me for years. He had an RO granted under “the slimmest of margins” -judge’s words- when I, a self represented Latina woman with no legal help, went up against him slandering me and he refuses to leave me alone ever since. There are plenty of red flags and gaping holes in Sam’s stories over the years and I have moved thousands of miles from him but Bridgers is fine with being on the same label with him without ever calling out that it is fishy.

James Felice from The Felice Brothers was paid to perform on my psych folk album Romantic Cancer and knows Bright Eyes and Felice Brothers got me inspired to start my own musical path as an artist. It meant a lot to work with him but not so much when I learned his best friend Conor Oberst — despite having many label options available- was doing a record with Phoebe on my abuser’s label. I can remember exactly how scared I was many times dealing with Sam and these people want me to downplay my teeth getting knocked out by a six foot dude when I am five foot one, just to “keep the peace.” You want to tone police me about that? I asked James to please warn Conor and Phoebe (and tried many times myself) about the label and I was just stonewalled and gaslit so the boat wouldn’t be rocked. I was treated like “some crazy girl” when I was IN Foxygen when we got best new music from Pitchfork and I KNOW firsthand how much magazines kiss the ass of any Secretly Group artist way disproportionately to real indie labels artists. Look up the label owner’s net worth.

I thought Phoebe cared about producers being inappropriate? But not her friend and Sloppy Jane’s buddy “Papa Joel” – Elizabeth (Globelamp)