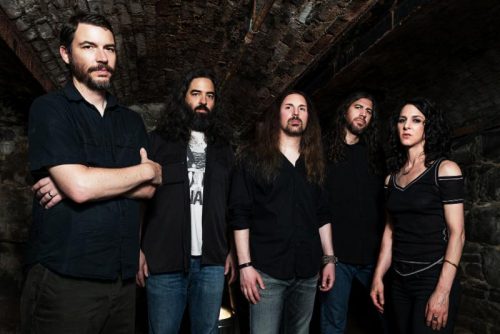 GNAW is confirmed to play at Austin Terror Fest in Austin, Texas on June 17th, performing with the likes of Acid King, Primitive Man, Krallice, He Whose Ox is Gored, Un, Wayfarer, and Desist. Later that month, GNAW will play Baltimore June 29th with Multicult, Curse, and Syringe At Metro, and Washington DC June 30th with Multicult, Radiator Greys, Birth Defects.

Already booking throughout the second half of the year, GNAW will play Into The Aether II in Portland, Maine on October 6th, which features an exclusive 2018 US performance by Skullflower, as well as Ariadne, Brain Famine, Sterile Garden, Frkse, and more to be announced. This will be preceeded by a European tour with Italian duo OvO in September. Can you say, “holy crap!!”

Another official video from Cutting Pieces will be issued shortly alongside more GNAW live updates.