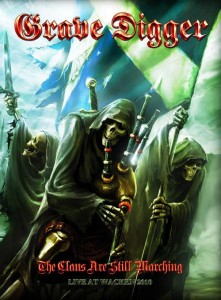 German power metal legends Grave Digger have unveiled the artwork for their upcoming 30th anniversary DVD “The Clans Are Still Marching.” Check it out <–there.

The DVD is set to be released March 7th via Napalm Records. The band’s latest album of the same name was released this past October.

06. The Battle Of Flodden