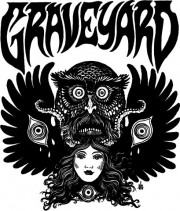 Swedish metal band Graveyard have announced the return of bassist Rikard Edlund. Edlund had checked himself into rehab last October and the band has announced his return.

Graveyard had the following to say: “Ricky’s back! …. more than glad to announce that: Rikard is back on (some kind of) track – which means that Graveyard fans can start looking forward to his return to the stage.“

Graveyard’s last album, Lights Out, was released in October of 2012 via Nuclear Blast.