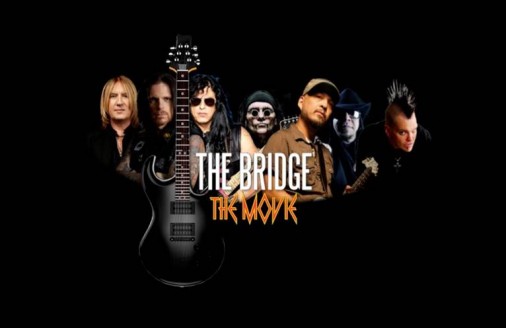 The upcoming feature film, “The Bridge,” brings together a cast of iconic rock musicians, some of whom will make their film debut:  Joe Elliott of Def Leppard, Al Jourgensen of Ministry, Joey Santiago of the Pixies, Eddie Ojeda of Twisted Sister, Tiny Biuso of Doyle (ex-Misfit)/TSOL, Rick Warwick of Black Star Riders/Thin Lizzy, and Sin Quirin of Ministry.  Director/writer Bobby Field, with producers Denise Bohdan and Jason Gurvitz, announce the launch of their campaign for the film on Indiegogo, the world’s largest crowd funding platform.

Fans can contribute to the altruistic endeavor at www.buildthebridgecampaign.com
Driven by its powerful original soundtrack, and written by Bobby Field, a musician and actor in his own right, “The Bridge” tells the story of a small town musical prodigy who must free himself from the shadows of his past to find love, hope and friendship that could lead him to the musical expression he never thought possible.

The campaign will  benefit The Fender Music Foundation, and Fender Musical Instruments Corporation’s Entertainment Marketing division will be providing key products for the actual filming.  Partnerships with other well-known music corporations will be announced soon.