Gridfailure releases ‘When The Lights Go Out Vol. II’ Free for Halloween 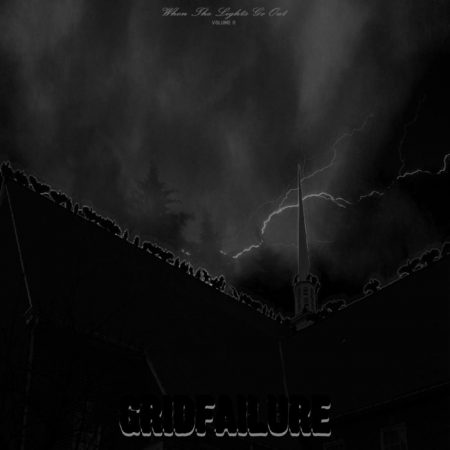 Released one year after the series’ origination on Samhain 2017, GRIDFAILURE issues When The Lights Go Out Vol. II. As with its predecessor, which focused on supernatural forces, dimensional vortex transitions, cadavers, paranoia, stalkers, and unexplained phenomena, the second volume expands further into such topics, with a slightly more spiritual undertone. An atmospheric album created for the harvest season , this album transitions the auras of nocturnal nature, apparitional screams, and supreme paranoia, into a place where no otherworldly forces will save you, the listener.

Recorded and created by GRIDFAILURE’s David Brenner, who provides vocals, keyboards, synth, guitars, bass, percussion, and more, When The Lights Go Out Vol. II. is strewn with guest contributions, including acoustic guitar and keyboards by Liz Ciavarella-Brenner, vocals from Faith Ciavarella, traveling preacher organ from Benjamin Levitt, vocals from Morgan Evans, recordings from David Rodgers, and more, spiraled into a vaporous envelopment of end-time dirge.

Harvest season only begins now. The lights go out again.