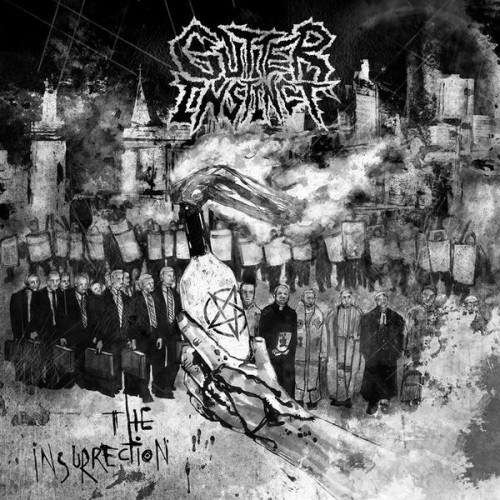 Gutter Instinct  are streaming their new EP at Terrorizer HERE. The Swedish death metal band clearly put a lot of rage and effort into the release, which is nearly as satisfying as many LPs. Check out the newest signees to Prosthetic Records and flip your shit.

Recorded at Helsingborg’s Studio Mangelrum with Kristofer Orstadius, the band drew inspiration for the EP from not only Swedish underground heroes like Entombed, Grave and Dismember, but also newer bands such as Teitanblood, Bölzer, Grave Miasma, Black Witchery and Portal as they expanded upon their distinct grinding tone with dark, haunting blackened smatterings.
“The Insurrection” will be released across all digital platforms as well as on limited-edition 12″ vinyl on May 18 via Prosthetic Records.

Digital pre-orders (which include an instant download of the song “The Invisible Hand”) can be found at iTunes HERE.