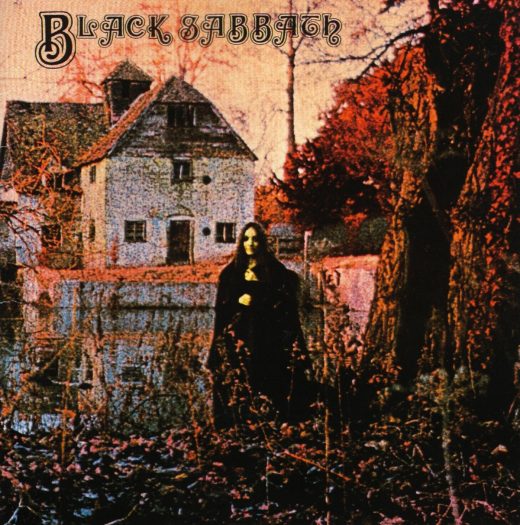 SO today is the birthday of Black Sabbath’s self-titled masterpiece, remarkable for too many reasons to count. Many have spent much of their lives trying. I was going to say “a lifetime” but the average lifespan now is longer than the 49 years since Earth (see what I did there?) first heard the rumble of these titans. Actually, that’s only a semi-clever/accurate pun because while Sabbath was called Earth prior to re-naming themselves , before that they were called Polka Tulk Blues Band even earlier in ’68 in a rough form. I think we can agree it’s fucking great that they achieved iconic status in no small part to settling on their final moniker (which is more PTBB “shade” and not a dis to a certain awesome modern band called Earth we also know and love). Anyway, in 1970 Black Sabbath’s debut was born and the deal with the devil that birthed the End Times music of Heavy Metal was struck.

Human longevity is not guaranteed so much these days for us as a species, but it is pretty awe-inspiring that Sabbath have had such an impact on so many levels in culture that film, festivals and society as a whole have all been graced by the long shadow cast by “The Wizard” and friends. The fact that Ozzy is still as recognizable as any flavor of the month newfound celebrity who is zombie-cannibalized by the scrutiny of fame’s hungry eyes in our culture of inhospitable impermanence is a sheer miracle (and in no small part also thanks to Sharon, as well as his own talent). BUT I am not here today to talk about individual members of the band over the years and their place in pop culture – though Sabbath is Iommi’s more than anyone’s for sticking it out the entire time as the sole constant – as much as discuss how the first Sabbath album creeping up on 50 years old is something to marvel at.

We’ve come so far together, heavy metal. For better and for worse. You looked so cool and casual and I tried to look the same, but now I’ve got to know ya…tell me who am I to blame?

We have a choice now to take serious stock and make metal more inclusive, as potent a force as ever but even more capable of traversing barriers and resonating beyond the narrow CisHet white male bandwidth than it ever has before (which is nothing against the lads who started the band at all). I was dismayed as heck by the morons in the comments section of a recent article about the power of current female vocalists in metal. Heck, the best cover of the definitive metal title track and first doom metal song has Beth Gibbons singing instead of Ozzy (hear below) and King Woman’s Kristina Esfandiari is arguably the best singer in the melodic yet drony/sludgy side of the genre we know and love currently, IMO. People of all types, genders, races, religions, etc. love rock n roll. Let’s continue to expand that. Remember practically every concert ever Ozzy says ,”I love you all.” It is fitting the band’s final album was called 13 since the album that started it all was born on Feb. 13th, 1970. I mean, could it have been on any other day of the month?

I clean a bar every morning and was playing “The Warning” on the bar speakers today. A different guy than usual delivered the lemons and limes for the cocktails and he was an older dude. The guy’s face lit right up at the music and he said he had seen them years ago for ten bucks and proceeded to tell me all about the gig. We went from being strangers with generational divides to having something we both loved to talk about in common, and while small talk is wack I would gladly talk about Sabbath with anyone any day. That’s a life giving bridge just as much as Sabbath’s music itself has helped so many of us who have ever danced through shadows or struggled with depression.

Anyway, fucking crank this shit today, give thanks to the metal ancestors and remind them that we basically never regretted following them and will be forever metal til the end of time.