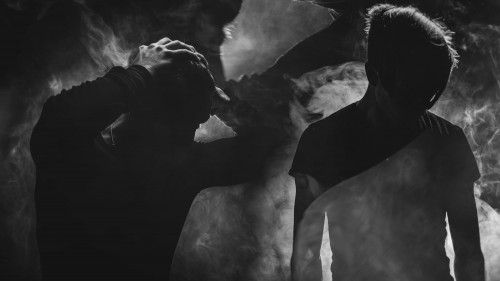 So, not many people are lucky enough, on freakin’ Halloween, to get interview answers back from Davey freakin’ Havok. I have been pumped as heck (I almost said pumped as kin but that is a horrible Halloween joke gone wrong) for the new XTRMST stuff, the straight edge and intense new project from Havok and AFI guitarist Jade Puget, one of the most electric players in rock.

Why is this on a metal site? Because XTRMST stand for bold positions and action, DIY love taken into the larger zeitgeist of pop culture and beliefs that the world would be blessed to consider less extreme and more the norm. Earth Crisis nailed it on Salvation Of Innocents recently and it is cool the ever vocal and inspiring AFI crew have decided to make another major statement with a similarly important message. I think they have more than earned respect at this point.

This is not a record to make people comfortable, but it will get people who love the shifting but always intense chemistry between these two old friends more than fired up.

And click HERE for this exclusive chat with Davey. 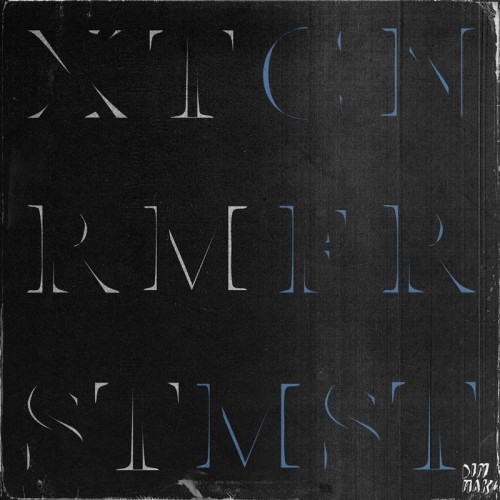 AFI has gotten more textural as the band progressed. I think people really responded to The Art Of Drowning well because it had developing persona and moodiness (and a Samhain influence) but still had the backbone of hardcore. Hard rock also has played a big part of the band’s sound. And the live energy that makes AFI one of the best bands ever stems right from punk and hardcore no matter how grandiose you get at times on ambitious recent songs. What made you want to do this XTRMST project when healthy living and a positive handling of depression is already a part of the AFI pedigree?

Thank you, kind of you to say. AFI has never been a straight edge band and though some of the sentiment of the movement will naturally occur in my lyrics it would be inappropriate to focus on the movement and its agenda within the context of that band. SXE has been an important part of who I am – who Jade and I are – and XTRMST is the way that we are able to express that.
Is this record gonna have a Youth Crew sound? An old school 80’s skater sound like Minor Threat? Earth Crisis “Firestorm” rip off riffs (ha!)? Another Victim or Until The End punch people in the face parts to rival any new school deathcore breakdown?

If anything XTRMST is closer to the more chaotic, technical sound that saw its inception just before the turn of the century and has grown from then. Jade would be better at describing our music than I…to me it feels nightmarish and unlike much that I might compare it to.  Though we did grow up on a lot of youth crew, that late 80’s sound in not prominent in XTRMST.
Right on. I was just gettin’ nostalgic. I love that you guys can one day do Crash Love or the AMerican Idiot broadyway show and then rock “Total Immortal” or the new wave side project (B.A.) and also still keep in touch with the SxEdge roots. I think the dialogue you have with fans is beautiful and keeps the legacy of rock history alive. AFI is so much more than a gateway band but also a vital component of punk history and can lead kids to anything from Glam or Queen to Misfits to, again, SxEdge. That’s all good in my book. It’s all honest.

Thank you. XTRMST comes exclusively from a place of honesty – one might call it brutal honesty.  I’d be surprised if it did not receive criticism for being so direct in expressing uncomfortable truths. Change was never incited by comfort.

What’s that bumper sticker “polite women never changed the world” or something? Anyhow…I saw you live once at Roseland with Snapcase and recall you, Davey, thanking Snapcase for bringing their “glory” to the stage. That stuck with me as really beautiful all these years later. Because art and music and the time spent on it coming from a real human place, straight edge or rasta or even some pop stars who have big hearts and mean well…it is all part of the path each walk. Samsara, if you will. People just need to appreciate the blessings in life as well as the sorrows. Stop hurting each other on a global level. Am I ranting at you? ha.
It’s heartbreaking that music coming from a genuine passionate place is a now rarity. It should be cherished. Snapcase is great.
What was the funnest part of doing the XTRMST project so far?

The ability to fully express a side of me artistically that has not before been given a forum. Tracking these songs was extremely cathartic and emotionally overwhelming. That reads dramatic but it’s true.
How do you feel people could most benefit from learning more about health? I think chia seeds alone could solve world hunger or change the world. I quit drinking almost 2 years ago and was talking to my indie rock friend Shana Falana, a great piano player, singer and visual artist. We agreed that not drinking was the best gift we had ever given ourselves. I had good experiences and very very bad drinking that are part of how I got to where I am now, but what a blessing to know I can be more in control of maintaining a consistent behavior to be reliable to myself and those I love in my family and community/scene.

Though your sentiment is an unpopular one, I am happy to agree. I feel that if people took the time to investigate what impacts their diets and lifestyles have on their bodies while allowing themselves to have the strength to defy the universal acceptance of self destructive behavior and degenerative consumption the world would become a joyful, sustainable place. Change in the individual sparks change in the community which can extend indefinitely. Were our species to shift to a plant based diet,  world hunger would be eradicated. Were we to cease consciously poisoning ourselves for the sake of acceptance, escape, or a brief high we would live longer and enjoy each moment more.
One of my favorite quotes about my friends in the Bad Brains, I forget who said it…was that the most electric moment was right before they started playing. AFI “sets the world on fire” in kind of a similar way, where just before the band starts or you hear the intro music, there is this coiled up tension and passion waiting to be released. Is it kind of addicting in its’ own right or is that more just a natural inertia that goes hand in hand with doing what you love?
I’m unsure if I can answer this question…with the exception of acting, if I’m onstage the performance is simply an extension of myself…
What is on the plate for XTRMST coming up? Do you care if some fans are like “Make another Son Of Sam” record or compare everything relentlessly or is that just part of the rock n roll territory of having fans?
I’m very excited for the release of the XTRMST record and hope that it may reach the people who need it. It doesn’t bother me if people feel they must relate it to something which Jade or I have created in the past but to me it is completely autonomous. 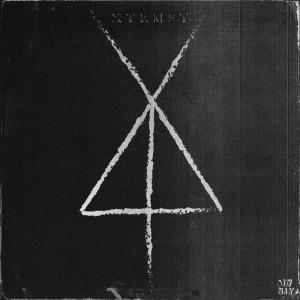