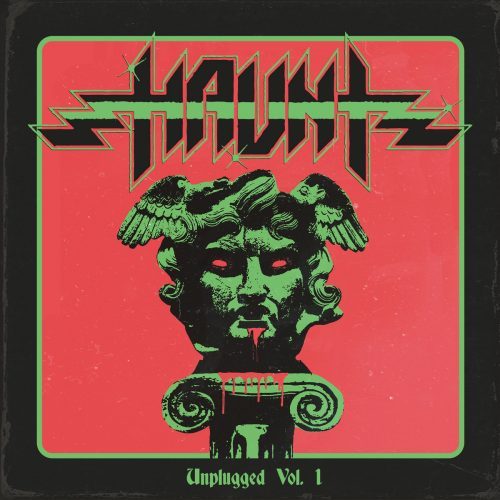 Taking inspiration from MTV’s “Unplugged”-series from the 90’s, Haunt has announced a new acoustic album, Unplugged Vol.1, due to be released via Iron Grip and Church Recordings next Friday, November 12th. For a preview of this record, the first single, “Beautiful Distraction”, can be streamed now at: hauntthenation.bandcamp.com – where Unplugged Vol.1 can also be pre-ordered in the following versions:

During the pandemic, Haunt’s main-man Trevor William Church wondered what it would be like if suddenly there was no more electricity – and, what Haunt would sound like if he was forced to change his vision. Church then got a hand-me-down acoustic guitar from his dad, and he quickly realized there was something more to this idea: he started reimagining songs from his previous records, using minimalist production and instruments that can only be played without electricity. The resulting album – Unplugged Vol.1 – features the following 8 newly recorded, acoustic tracks: