Havok announces US headlining tour with Ringworm and Mobile Deathcamp 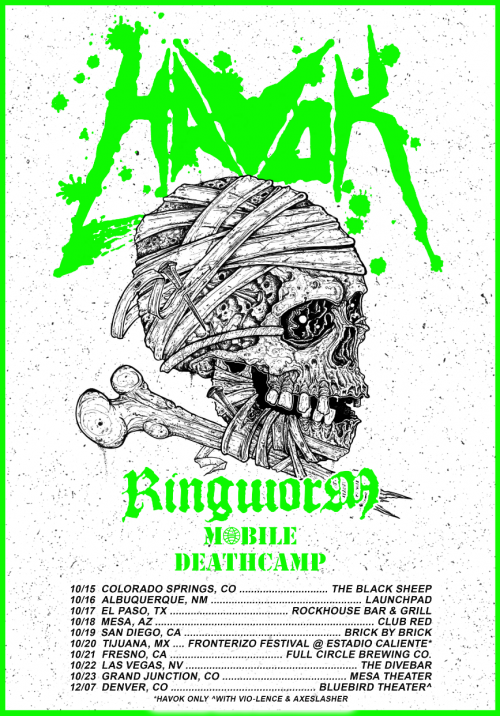 Colorado thrashers Havok are preparing to head out on a headlining US tour with Ringworm and Mobile Deathcamp.

The band will be hitting the road this October for the West coast tour starting October 15th in Colorado Springs and wrapping on October 23rd in Grand Junction.

Says Havok frontman David Sanchez about the tour: “We’re pumped to hit the road with two great live bands and hit some roads less traveled in the process. We don’t often make it to many of these cities, so get out to a show because it may be a while until we roll through your neck of the woods again!”

Havok will be touring in support of their most recent full-length album Conformicide, which was produced, engineered and mixed by Steve Evetts (Sepultra, The Dillinger Escape Plan, M.O.D.).