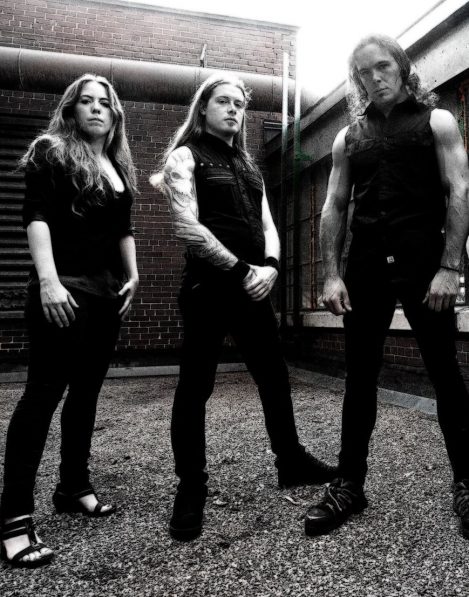 The absence of Blackguard the last few years as I awaited news of their long delayed STORM album charred my soul. It was the Chinese…nay, Canadian Democracy that would never come. It was worse than waiting on a Tool album. I don’t even give a shit about Tool anymore in the slightest. But awaiting STORM? It made me a bitter person, a shriveled gnome forced to sleep 100 years and subsist on berries and ants in my dreams, believing my day of joy would never come. Eternal darkness. Some people I know even irresponsibly had careers and families in the meantime as I pined beneath a solitary boulder for more Blackguard.

Thankfully today I awoke and felt lifeforce flood my limbs as epic metal triumphantly roared across the skies. The boulder had squished me flat but somehow the metal revived me! I shoved the stone aside and then cowered at news of the awesomeness of the holy grail of lost albums I had anticipated for so long.

Behold, the first Blackguard Storm single “By My Hand” featuring Morgan Lander of Kittie…at last! Firefight was the anthem of all the obnoxious metal alkies in my city and the dry spell was rough. Many of us perished in the meantime of drought. No other metal could compare to quench our lust for battle.

“This has a been a very long time coming, but we’re all elated to finally share with you our first single from ‘Storm’. We have no shame in saying this album is by far our best/heaviest/fastest/bla bla bla, you’ve heard it all before, but sooner than later everyone is going to know why we feel this way. We’d like to send a huge thank you to Morgan Lander of Kittie for doing an amazing job on the chorus of this song, hopefully, she can make it out to a show or two to perform it with us.”

The band recently broke their long hiatus to announce their first show in four years on March 22nd in Toronto with longtime friends Crimson Shadows and Borealis at Coalition.

STORM will be the band’s first album in 8 years and fourth overall.  The group will release the record independently on a surprise date in the coming weeks.

The album was recorded, mixed and mastered by longtime producer and former BLACKGUARD keyboardist Jonathan Lefrançois-Leduc at Silver Wings Studio in Montreal.

The video for “By My Hand” was created by Chris Kells (The Agonist) of FTB Visuals and Artwork by Rainsong Design.