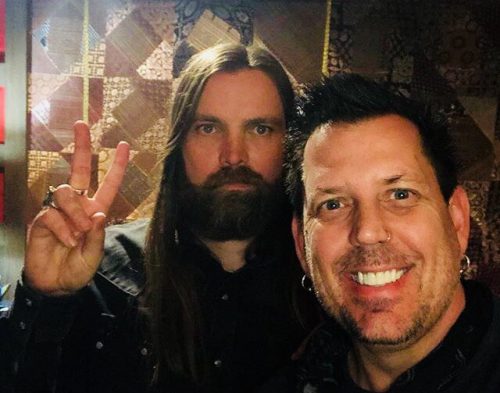 So I was half watching Season 4 of The 100 (I still fuck with that show, love the cast) and simultaneously scrolling Instagram absent-mindedly like an overstimulated, over-worked semi-human in 2019. Suddenly some awesome, huge alt-rock guitar and an unmistakable voice reached my ears and made my eyes open wide. Listen HERE.

So I stare at my tiny phone screen and how friggin’ stoked am I to realize it is Chris fuckin’ Traynor of Bush and most importantly one of my all time favorite bands Orange 9MM (who I dropped out of college to open for like an idiot, but he wasn’t in the band at that point. PS. It was still worth it -lol). And yes, he was collaborating in the studio with Grey Daze , a project Chester was involved in throughout his life. In addition to the massive song Chester did with Mark Morton that just came out, this little Grey Daze audio clip gave me huge chills and everything sounds brilliant and emotive. The held out notes over the big guitar sounds so soulful. An older Grey Daze tweet from December makes it sound like much of the tracks are older and finally being completed.

Even cooler, Traynor responded to me on Twitter and IG about it. I’m over the moon!

We all had goosebumps on our arms at one point. No lie. It was being filmed so I’m pretty sure eventually that moment will come out. https://t.co/h1MPMP5xYy

Amazing track, amazing people and a voice that will forever define an era of music. https://t.co/NxSqmBhVZw