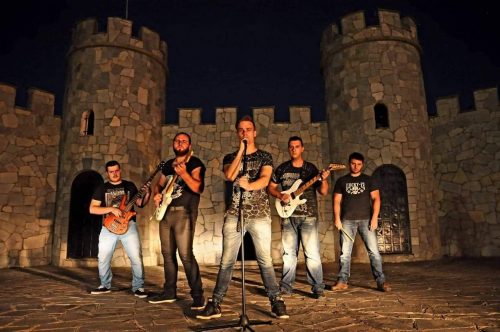 Medieval Times is about to get lit!

Hope everyone had a good Christmas (or whatever you have or haven’t been celebrating) and is enjoying the post-holiday gluttony glow. A lot of people are broke af right now but smug, moronic American “economists” are still trying to tell us $2000 a citizen is dangerous. No. Letting Billionaires not contribute to social safety nets or all of us rotting and starving from class inequality is dangerous, fucko. Trickle down economics is the threat. Stop the gaslighting. We pretend to have abolished feudalism hundreds of years ago, but that is a lie.

Anyway, quick shout out to Mountain fans mourning Leslie West and also the great NYHC band Killing Time who are grieving Rich McLoughlin’s passing right now. Thank you so much to both of these powerful men for their contributions to music forever! I was very busy the last few days with the holiday and my overnight job cleaning a fucking gym so I didn’t have the energy to post anything until now.

Let’s get to some epic power metal to gallop us towards 2021 boldly, shall we? Today I share with you the new single from Greek metallers Sonic Blast! While the band name might remind you of the sound your ass makes when you have eaten too much Christmas dinner, hopefully you also remember the raw and explosive sound of true heavy metal or at least Sonic the Hedgehog gaining power as you progress on a quest!

Today’s quest however is more traditional…a “Quest For Camelot”! Shouldn’t this Greek band be singing about Odysseus or something? There is no rule that says they can’t also enjoy Arthurian lore! While the production feels a little clunky here and there, the song and the band’s passion (especially the vocals) lift you up and remind us to carry on through whatever trials we face! Turn it up, friends! And get me some chaos emerald shards!

The band was formed in Kozani,Greece (2015). Nick Dedes (Guitar) and Dimitris Gkatziaris (Guitar,Bass) were the founding members, while Thimios P. (Drums), Nick Vogiatzis (Keyboards) and Dimitris Vachtsevanos (Vocals) are the latest additions. The band has participated in local music festivals such as “Sourdstock” and “Kozani Four”. The first Album titled “Humanity Divided” is expected to be released soon.