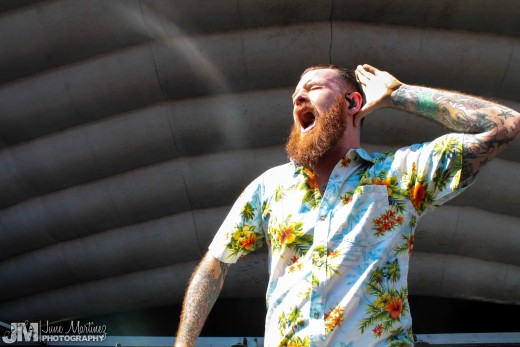 Fast forward to July 21nd, Justin was found dead in Wisconsin under a bridge, with little to no details on how he died. Only that the injuries he had acquired were similar to those sustained with a fall. The band later decided not to play The Summer Slaughter tour due to their loss. Justin Lowe’s lost is a huge blow to the metal community and is a loss that will be felt for ages to come.
[youtube]https://youtu.be/APWvXRbK0WQ[/youtube]
Now, let us discuss the Vans Warped Tour. This is usually, hands down, my favorite tour ever. But this year had me biting my tongue, holding my breath (literally)  and worried. Without fail, the tour has ups and downs. Unfortunately, this year it happened before the first kids even stepped onto festival. Jake Mcelfresh, better known as Front Porch Step, was accused of having inappropriate digital relations with teenagers. Whilst founder of Warped Tour, Kevin Lyman attempted to reassure everyone that if shown evidence that Mcelfresh was a threat to any festival goers that he’d immediately be pulled from the line up, the internet still blew up with rage.
Later, Front Porch Step did decide to drop off the line up, however, there was a show where Front Porch Step did play. According to Lyman, Jake Mcelfresh was not paid for the show and only allowed him to play the show because his therapist said it would be part of the healing process. Again, social media blew up. There was outrage against Lyman, against FPS, and questions arising of what Warped Tour had actually become. 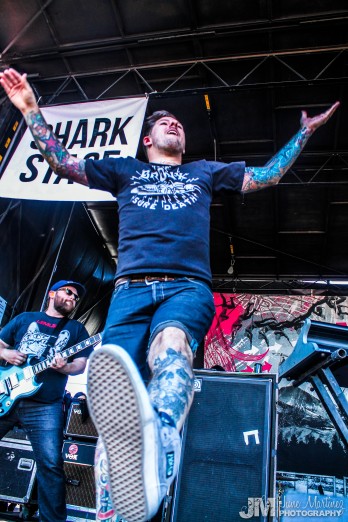 At my particular date of the tour, the California drought did me dirty. Quite literally, I was covered in dirt from head to toe. I had dirt in my nose, my ears, mouth, and every other place you could think of. While I was excited for the tour, I noticed that growing older changes your perception on things. There was not the normal ‘Punk Rock Summer Camp’ feel to the tour this year. As a matter of fact, the tour felt really toned down and square. Note the “No Moshing” signs that made the tour bill last year and made a triumphant return this year. Attila frontman Fronz “dipped” from cops later on the tour for fear that he’d be arresting for attempting to start a riot. 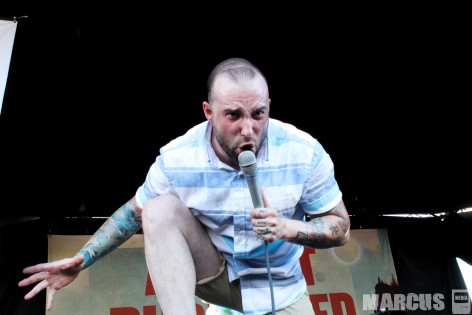 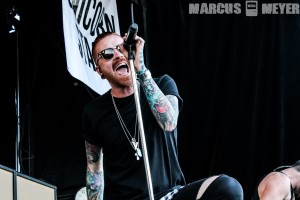 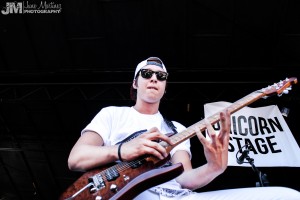 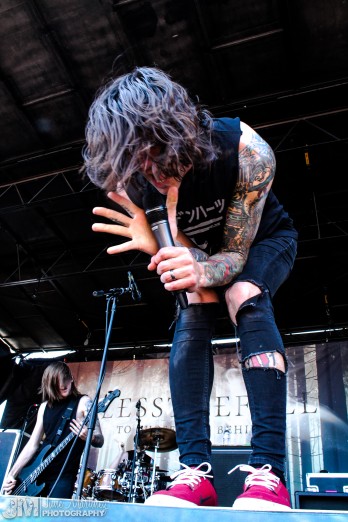 Now, to the part you’ve all been waiting for….The Slaves issue. Sewage, Drug Trade, Assualt, Craig Drunk? Welp, those are/were all the rumors that plagued this Warped Tour drama. According to said rumors, Slaves was accused of dumping toxic sewage from their tour bus in places not deemed for such dumping, buying and or selling drug from their merch tent, sexually assaulting a female tour member, and a drunken Johnny Craig. The band denied all of these and was voted off the tour by fellow tour crew at a town hall meeting. 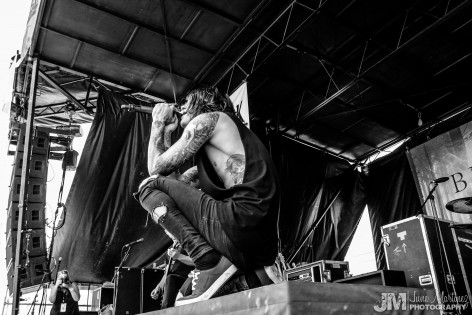 *THIS IS THE MOST IMPORTANT PART OF THIS ENTIRE ARTICLE* 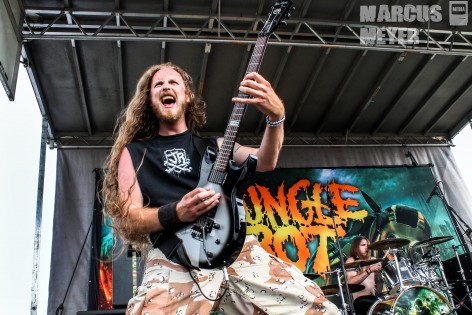 [youtube]https://youtu.be/9gOhrXjEUt4[/youtube]
Mayhem Festival 2015. Done. No, not just this year, every year from here on out according to founders of the festival. Upon attending Mayhem Festival in San Bernardino, CA…I was ummm…what’s the right word? disappointed…yeah, that one. For anyone who has attended Mayhem prior to this year, you know EXACTLY what I’m talking about. The festival grounds felt rushed and were lacking to say the least. There was one side stage (Victory Records Stage) and then the Main Stage. There were very little sponsors, no Metal Mulisha, among many other missing standard Mayhem Festival goodies. I mentioned to my friend who was with me that it felt as if they had planned it last minute or got their budget cut by two-thirds.
[youtube]https://youtu.be/F0v_BYbApyE[/youtube]
And while the bands on the Victory Records stage put on a hell of a show and did their very best to give the audience what they had paid for, it seemed as if that was not enough for Slayer’s King. In an interview he stated that the Victory Records stage was “- at best a fourth stage.” Lyman, stated that ticket sales for this year’s Mayhem Festival were not great by any means and blamed metal for getting “old and fat, and bald.” Now, at the end of the tour, to see that the drama and fueds between bands, low tickets sales, a very low attendance rate, all add up to the very demise of the entire tour is heartbreaking. To be frank, I was more impressed with the performances put on by all the bands on the Victory Records Stge than I was at all with the performers on the main stage.

While yes, you can exclaim “Who cares!? we have Knotfest in October!” — the truth is, you SHOULD care. Everyone in this scene should care. Here’s why: Mayhem Festival was one of the last large touring METAL festivals in the United States. It coming to an end means what for our genre? Having someone like Kevin Lyman blame the actual scene for a failing metal festival means what? It means that as a scene we have not made a huge amount of progress. Perhaps we can blame heavy metal elitists or the younger kids for ruining metal, or the old folks for not liking metalcore, point is, this summer, there has been a lot of playing the blame game and not nearly enough people taking responsibility for their actions, for failing ticket sales, for failing the metal scene and community as a whole.

If the scene continues to divide amongst itself our scene will die. More and more metal festivals, tours, and bands will fail. There will be nothing left, and yes, that sounds like a joke NOW, but when’s the last time you heard a new Disco group come out? You haven’t. Because it’s dead. That could potentially be metal if this scene doesn’t clean it’s act up. If bands like Slayer don’t actually ever meet bands they’re touring with only because they’re playing the smaller stages, if band members don’t draw the correct line in the sand between underage fan and lustful interest, if mental illness is unsuccessfully addressed within bands, and if bands allow themselves to be destroyed by drug or alcohol addictions.

This summer was hard to watch unfold. It pained me in the deepest parts of my soul to watch numerous things I love in the scene come to an end or to be on what I like to refer to as “scene life support.” This scene needs to get it’s act cleaned up. This summer was proof beyond reason. 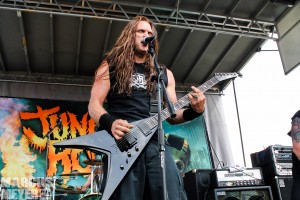 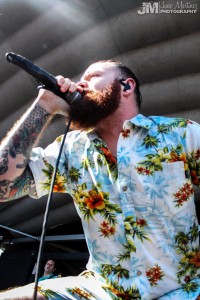 More News On After the Burial:

More On: Metalcore, Exclusive, After the Burial, Sumerian Records
share on: