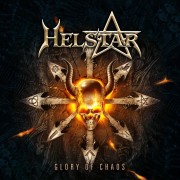 Houston Metallers Helstar have announced their Release show for up coming album “Glory Of Chaos”. The show is on February 12, 2011, at Numbers in Houston, Texas.

“Glory Of Chaos” will be the bands second album of the year, with “Rising From The Grave” being the first. Both albums have been released on AFM Records.