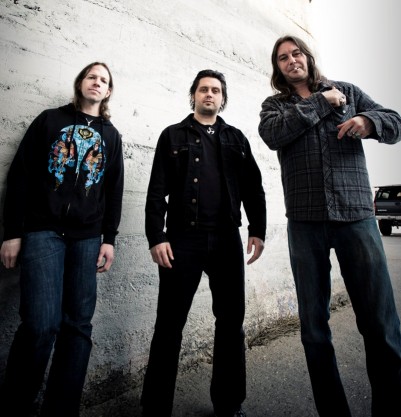 High On Fire, the sludge and roll juggernaut of a power trio led by guitar overlord Matt Pike, have announced Winter Tour dates. Any chance to see them with any line-up they have ever had is not one to be missed lightly. Every time I have seen HoF hit the stage they have completely leveled already high expectations. I honestly, and I know this is sacrilege to many, often prefer them to Sleep. Throwing all that doom, harder than hard rock metal and menace into the more Motorhead rumble of this group ( “Devilution”, for example ) but still having epic bong ripper solos to die for makes it for me, despite how perfect Jerusalem/Dopesmoker is in any edit.  Yet thankfully, I’m allowed to like both.

“Everyone is asking what the new High on Fire music sounds like,” says drummer Des Kensel. “Chew on some mescaline and listen to side B of Sabbath’s “Master of Reality” backwards at 78 RPM and it might give you an idea.”

Anyway, check out the dates below.