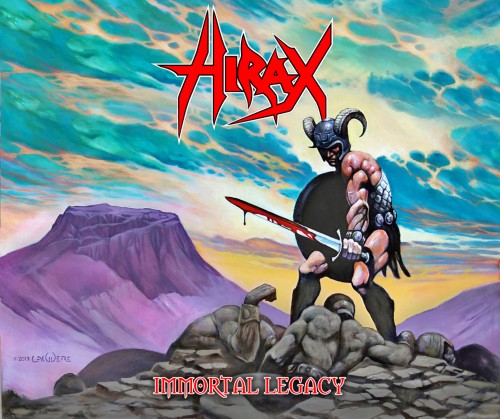 “Hellion Rising” comes off the bands forthcoming album Immortal Legacy which will be released on March 4 via SPV/Steamhammer.

Check out a statement from Hirax vocalist Katon W. De Pena about the album as well as “Hellion Rising” here.

Katon on the album:

“On our new album we more than ever felt an artistic obligation to our fans to give them a really big-sounding record. Our philosophy has always been to remember where we come from and stay true to our roots. Our fans know that we will never let them down and that they have helped to raise us up to a level with bands such as Slayer, Sodom, Kreator, Exodus, Overkill, Testament, Annihilator and many others. This record proves that we are at the top of our game musically!”