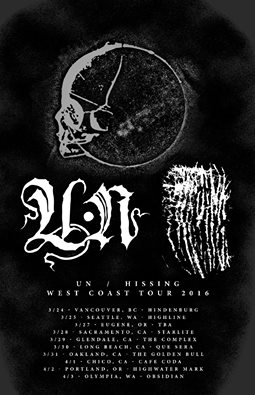 Hissing is a black/death/doom metal band from Seattle, WA. Started in 2014 out of a mutual interest in exploring dissonant and punishing sounds and inspired by bands such as Portal, Incantation, Blut Aus Nord, and Swans. Hissing have self-released a demo and a self-titled EP (soon to be reissued through Disorder Recordings on CD), with a 7″ and several other releases forthcoming in 2016

CD and digital are available directly from the band and label via the links below.