Holy Shit: UNSANE to return with “Sterilize” via Southern Lord 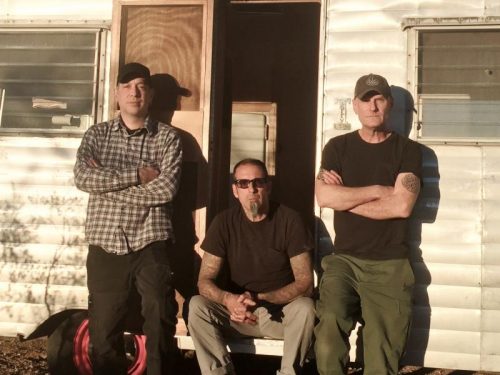 Nowadays you have a lot of caustic and rowdy bands from The Midnight Ghost Train to Couch Slut to Ken Mode, Chrome Waves, Fucked & Bound or Lord Dying to choose from, but was a time when Unsane stood nearly alone in the sludgy and anti-social face peeling department. Sure, bands like Today Is The Day, Helmet, Quicksand and Hammerhead held down the fort as well for mean and lean grooves with vocal bite, but Unsane were perhaps the most dangerous. You could smell the bum piss on a subway support beam and hear the screeching sound of failing brakes, the metallic taste of blood in your mouth and a fear spike of adrenaline amidst the careening guitar and rolling rhythms of Chris Spencer and his band. Matador certainly never put out anything close to as ugly as Total Destruction, a mandatory listen for any noise rock and extreme music fan as far as I’m concerned. I wore that tape out like a motherfucker.

Here’s the thing. Unsane STILL out rip most bands. By FAAARRRR. They make try too hard deathcore bands seem like a fucking joke to me because Unsane never had to work so hard to be intense and it comes off as a hell of a lot more authentic than a lot of heavy styles. Plus, that slide guitar and screaming telecaster! Totally pioneering shit. And seriously, what the FUCK was Hootie and The Blowfish thinking trying to name an album Scattered, Smothered & Covered?!! That shit is on lock. You might as well try to name your album Nevermind or It Takes A Nation Of Millions To Hold Us Back for how absurd it is to try and have the same record title as Unsane’s most famous masterpiece.

It has been five years since true to form stomper Wreck and awhile since I last saw the band with my friend Elodie from New Noise (France) fucking destroy Union Pool with the much missed Made Out Of Babies, easily one of the funnest shows I ever saw in my fucking life. I was just thinking YESTERDAY as the Comey revelations about Conald Dump heat up how I could really use some new Unsane to blow out my ears and vent out all the collected shit detritus and performative emotional labor of being part of society these days.

Dave Curran tracked the new album at Gatos Trail Studios in Yucca Valley, California, it was mixed by Andrew Schneider at Acre in New York City, and mastered by Carl Saff at Saff Mastering in Chicago. That’s a damn good team.

Southern Lord will release UNSANE’s Sterilize on September 29th, 2017 with cover art, track listing, audio samples, and more to be issued in the weeks ahead.

Advancing the release of Sterilize¸ UNSANE has announced a run of US tour dates from July 15th through August 3rd, booked around the band’s performance at AmRep Bash 17 in Minneapolis, with Fashion Week providing support for the trek. Additional tour dates through the release of the new LP are to be expected.