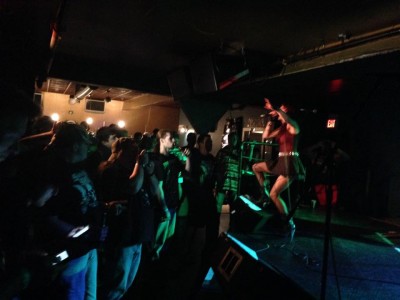 Sister Sin have more than enough fire in their bark to silence critics. While anyone who knocks the Swedish band’s surefire smack to the head of adrenaline charged rock n roll is surely a nincompoop, the few who are that dumb are really missing out. No matter, the true believers are rocking the hell out as hard as we can!

I think this band is right at the top when it comes to straight up classic heavy metal/hard rock that aint afraid to scrap. Recent bad ass fifth album Black Lotus features the most power packed lip biting gut punchers from the band yet, “Chaos Royale” and “Au Revoir” dripping pure heavy metal splendor… blood, guts, sweat and tears.

I caught the band on an off night from Mayhem Fest and watched them slam it hard to a small Poughkeepsie club (aka The Loft). It was my second time seeing the band and they retain the high octane power I remembered. “Desert Queen” was everything you’d want in a hard rock, classic metal influenced jammer live, while “Fight Song” from Now and Forever and “On Parole” and especially early underground hit “Outrage” showed the band’s ongoing quality. 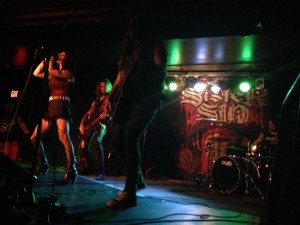 “It’s been awesome and a great opportunity to reach out to fans. The festival has been very good and I think the audience has been responding,” vocalist Liv said, back stage while Shattered Sun hammered the Poughkeepsie crowd with thrashing speed and metalcore hybrid riffs from their recent Hope Within Hatred record.

“It’s really obvious on our stage at the Mayhem fest, the Victory Stage,” says drummer and founder Dave. “Everyone is playing metalcore but we have like, melodic hard riffs. Those hooks.”

“We just do our thing and I hope people like it,” says guitarist Jimmy. “There’s been a really good response from younger audiences as well.”

“I watched King Diamond twice,” Liv said, of her time on the tour so far.

“Me and Jimmy write the music and we rehearse it all together and see how it feels,” says Dave. “I think we’ve found a working procedure for every album and it’s just a smooth way for us to operate. It seems to work, so…” 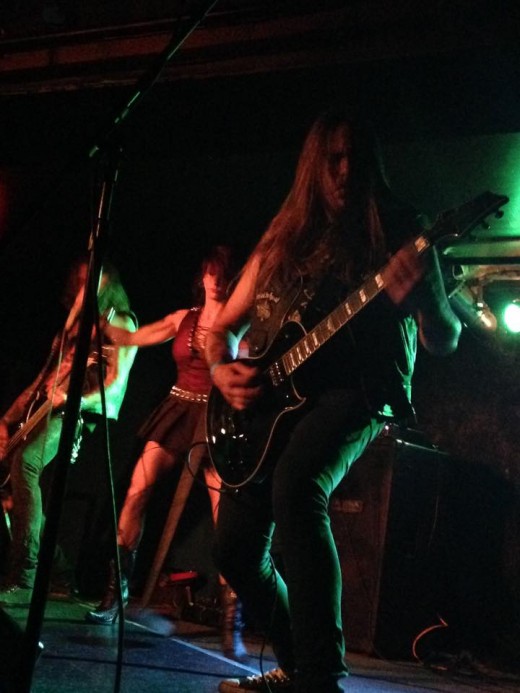 “Saying “Rock Is Dead”…you see so many bands out there touring,” Dave says. “It proves the exact opposite. Rock is thriving. Gene Simmons was supposed to say that the industry as we know it is dead, but there are more bands…a shitload are out there trying more than ever. He’s talking about money and we’re talking about music. If you want to play rock music, you’re free to do it. There’s no stopping you.”

Watching the band hit the stage that night like crazy outlaws, their kilt wearing giant tour manager watching from side stage and the whole room pumping fists and rocking out…it was something to be part of. I hope you guys (and gal) liked the kind bud and thanks for a killer night!