TODAY IS THE DAY to reissue full discography via SuperNova Records with GRIDFAILURE, WOORMS in tow. 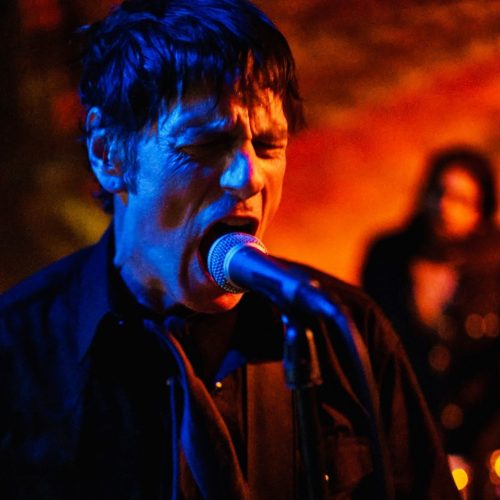 As someone who feels like Sadness Will Prevail will still be ahead of the curve 100 years from now (only “PASAQALIA” by Liturgy sounds remotely akin to some of it, in my frame of reference), I am super stoked to help spread the word on some huge TODAY IS THE DAY news. Founder Steve Austin has control over and reissued his Entire Fucking Back Catalog!!! through SuperNova Records. New Material Plus Albums From GRIDFAILURE And WOORMS is also confirmed! Steve will reissue each classic TITD title across all digital platforms and in physical formats, including Bandcamp where the entire catalog is now currently playing. Time for some “Bee’s Wax and Star Wars”, baby.

TODAY IS THE DAY’s entire catalog is now streaming and available for discounted preorder at the new SuperNova Records Bandcamp RIGHT HERE.
Every record will also be issued through all digital providers July 16th. See a brief teaser and more at the new label website RIGHT HERE.

Steve wrote: Oh Man! I’m so happy that this day has finally come. I’ve had to be quiet to save the surprise. Over the last months, I’ve been working on starting SuperNova and getting all of the original Analog Masters together for Today Is The Day. It took a while, but now the entire catalog is presented in it’s most natural, and awesome sounding state. I re-mastered: Supernova, Willpower, Self-Titled, Sadness Will Prevail, Kiss The Pig, Live Till You Die, and Axis of Eden. All of the originals were run through 1970’s Neve’s and state of the art Apogee Symphony MkII SE Mastering Convertors. I’m truly happy with the sound of every single record. I can’t wait for you to hear these definitive versions of the TITD rock! You guys inspire me and I’m hoping that our new label will not only deliver the power rock TITD jams to you, but also New Jams, by Amazing Bands like Woorms and Gridfailure. I wanna pay respects to my heroes, Tom Hazelmyer and Jello Biafra, AMRep, Touch N GO, Earache, and Sub Pop with this new label. New Music!!!! Anyways, I thank everyone on here for being true TITD and I look forward to all the fun we are gonna have!!!!

SuperNova Records, the independent underground label owned by TODAY IS THE DAY founder Steve Austin and distributed by The Orchard/Sony, is ramping up for a busy 2021. Austin has retained the master rights to TODAY IS THE DAY’s entire catalog and will reissue each title across all digital platforms and in physical formats, including Bandcamp where the entire catalog is now currently playing. The label also announces the signing of GRIDFAILURE and WOORMS.
Initially the label name Austin gave to release TODAY IS THE DAY’s groundbreaking How To Win Friends And Influence People demo in 1992, SuperNova Records was most prevalent in the late 1990s and early 2000s. The label will now return in full capacity, housing the band’s entire catalog under one roof, including the titles initially released through Amphetamine Reptile Records, Relapse Records, Blackmarket Activities, Southern Lord Recordings, The End Records, and BMG.
SuperNova will deliver all the original TODAY IS THE DAY music and art masters 100% true to their original release; a dedication in sound and art to bring the original experiences that were had throughout the years to both long time listeners and new fans. With only overall volume levels being adjusted through mastering to current modern times standards, the craftsmanship that made these groundbreaking releases what they were is being preserved, so that the listener can experience the vast catalog without any alteration or deviance from the original powerful music and message. The titles How To Win Friends and Influence People, Supernova, Willpower, Today Is The Day, Temple Of The Morning Star, In The Eyes of God, Live Till You Die, Sadness Will Prevail, Kiss The Pig, Axis Of Eden, Pain Is A Warning, Animal Mother, and No Good To Anyone are being reissued, at first digitally, with a systematic rollout of each title on vinyl, CD, and cassette to follow. The first title that will be put into physical production will be the band’s seminal second LP and fan favorite, Willpower. TODAY IS THE DAY will also release a new album through the label in 2022.
SuperNova will also selectively be releasing other outside artists that have this same outlaw musical vision. The first signings of the label include the experimentally destructive creation called GRIDFAILURE and the wild noise-rocking offerings of WOORMS.
New York City-area’s GRIDFAILURE is the hostile sonic experiment of David Brenner, longtime underground lifer and friend of Austin. Through this project, Brenner has created a sound that is unclassifiable and confrontational; harsh and exploding with raw elements, the band is indefinable in sound and style. With distorted, insane vocals sounding like a man being burned at the stake, the project is psychedelic and disorienting, delivering brutal progressions of sound collages that twist your head and make you rethink your existence. Though ever-sonically crushing, the songs take on different forms of trance-like experience and you find yourself falling further and further away into a smoldering, apocalyptic realm filled with nightmares, pain, and horror. Brenner will record GRIDFAILURE’s SuperNova debut with Austin in Maine this Summer for an early 2022 release.
Baton Rouge, Louisiana’s WOORMS comes in heavy with a multifaceted approach to what some would call noise rock, but there is way more to it. This ultra-talented trio unifies guitar/vocal madman Joey Carbo, rhythmic master Aaron Polk, and ultra-low frequency deviant John Robinson. Austin discovered the band in Ohio while on tour after WOORMS had made an eight-hundred-mile trek just to open for TODAY IS THE DAY; he was immediately struck by the off-kilter musical arrangements and pummeling sound. With driving, intense songs that bob and weave and simply knock your fuckin’ teeth out, their unique brand of heavy noise rock and demented songs offers a glimpse of what it was like to be around in the early-1990s with the output of The Jesus Lizard and the Melvins coming to life. WOORMS made their way to Austin Enterprise in late 2020 to record their upcoming SuperNova debut which will see release in 2022.

More On: Extreme Metal, Release, Today Is The Day,
share on: