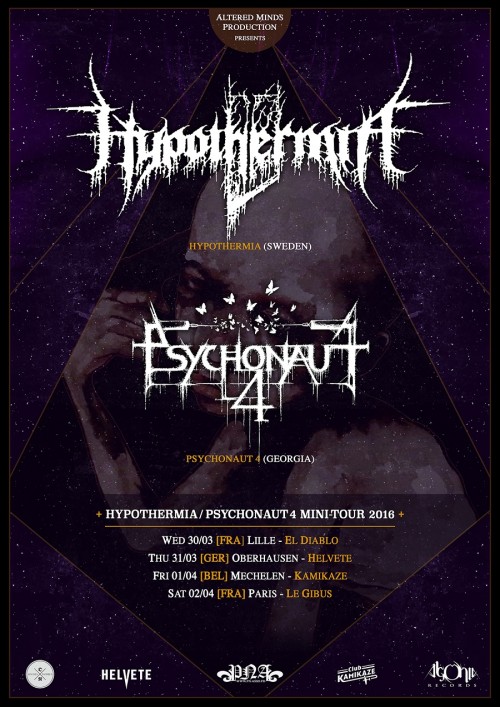 Swedish black metal/post-rock wanderers, HYPOTHERMIA, are entering 2016 with fresh blood and touring plans. The group has officially welcomed bassist Phil A. Cirone (Craft, Kall, ex-Shining) into its ranks, and announced a headlining European mini-tour to take place this spring, in celebration of their latest album “Svartkonst” and new things on the horizon.

Phil had this to say about becoming a member of the band: “I consider it a great honor to have been granted the opportunity to add my weapon of choice to the Hypothermia arsenal. I will wield it with the utmost respect for this great art”.

HYPOTHERMIA will play selected shows in France, Germany and Belgium, along with a stop at Finland’s Turku Saatanalle IV Festival (the latter also including Mgła, Archgoat, Ondskapt and more). Their spring trek will feature support from Georgian black metal/progressive rock outfit, Psychonaut 4.

Thus far operating as a trio, HYPOTHERMIA was founded in Sweden in 2001. With the intention of giving more depth to the music itself, the band released their new album “Svartkonst” in May 2015 on Agonia Records. Featuring an escalating atmosphere mixed with an acute personal approach and the addition of violin, HYPOTHRMIA’s current flow is taking them out of obscurity into more orchestral shores.