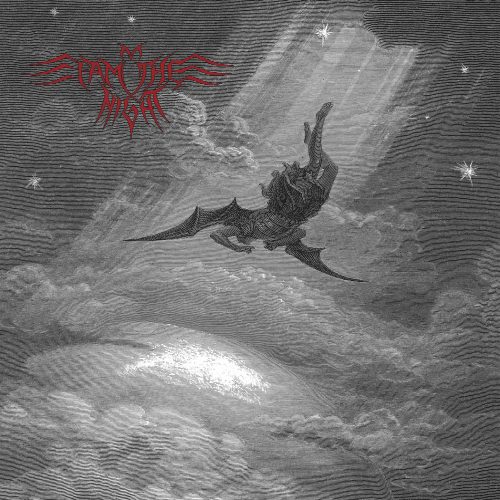 SVART records signees I Am The Night have released a chilling yet seductive video for the pummeling and dark “Hear Me O’ Unmaker” track. The group have very old school black metal influences with strong original material and arguably quite a bit more polish which nonetheless does not detract from the rage.

“Black metal art has been a continuous and serious pursuit in my personal life since my early teenage years”, explains guitarist Vanhala, and he continues; “In The Nightside Eclipse, Storm Of The Light’s Bane and De Mysteriis Dom Sathanas opened the gate to the dark side for me years ago, as can be heard from the music we make with I Am The Night.”

Some things are better left alone and not changed once perfect (for example, when Marvel in the obnoxious AXIS event stupidly retconned The Scarlet Witch’s origins again as not a mutant and instead we find out later she is a pet project of the High Evolutionary’s dumb experiments. Fuck off. I want her back as Magneto’s kin, way more impactful). While many bands in black metal have experimented with core sounds and principles to great or even superior results in an ongoing process of discovery, there is nothing quite like the original sonic influences done right! It just rings true on some bleak level.

Vanhala states that: “Our debut record, the result of a yearning for ancient darkness, turned out to be just the time capsule we wanted it to be, far removed from modern metal. I’ve seldom found anything interesting in post nineties Black Metal. We wanted to realize this in the underground way that felt fitting to the music, and chose to work with Svart Records.”