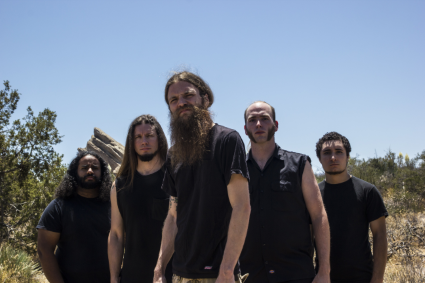 I finally interviewed Battlecross, one of the fastest rising bands in modern groove/thrash.

How does it feel to have Rise To Power amongst the metal faithful? I dare say it is my favorite release yet and the cover art is also epic. Did you feel this record took extra striving like the art might imply or was it an easy one?

Don Slater – Feels great! Super stoked to have our third release out and available now, especially after months of waiting after the recording, mixing and managing had already been finished. Despite only taking three months to write this album, we feel it’s by far our most “organic” Battlecross release yet. So really, in essence, it was our easiest, yet more difficult than previous our previous albums. We were strapped for time, yet because of that time constraint we didn’t have time to really “over­write” any of the songs. All complaints aside, we love this album and seems our fans do too!

Your band has some of the apeshit speed I love and snarled vocals like older Skeletonwitch comes to mind but the lyrics are motivating, like a band like Hatebreed might have. Do you feel this gives you more crossover with thrash and hardcore? I could see you play with Suicidal or a band like Judas Priest and I think both would work.

Pretty much every band you mentioned is an influence to our music, so yes, I believe it bleeds into our music. We’ve toured with Hatebreed and the kids loved it. Haven’t played with Judas Priest or Suicidal Tendencies, though I can easily see ourselves doing well with their crowds. We pride ourselves on having a broad feel to our music. 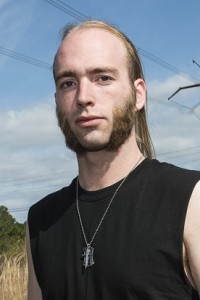 In this day and age where everything is labeled under one of the myriad of sub­ genres, we strive to develop our own sound,so when you hear a song, you can tell right away it’s Battlecross. 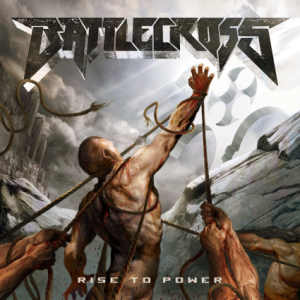 How was your experience working with David Brodsky on the “Absence” video? He’s done some great clips. That recent Rivers Of Nihil clip is a blast.

Brodsky is a great guy. Working with him was not only easy and fun, but it felt organic. His crew is great as well. If I have my way, any future performance videos we do will be done by Dave.

How did you feel when you heard Rowdy Roddy Piper died?

Devastated, honestly. I grew up watching wrasslin’ featuring the Hot Rod, and to see him gone is yet another big part of my childhood gone in the recent years. It’s the hell and curse of getting older I suppose.

Yeah, I was a big Rowdy Roddy and JYD fan. My friend Dave Daw used to work for wrestling and told me there were a lot of great performers who were actually good people.

SO, I’m really falling back in love with Metal Blade lately. Always a tried and true label but this year between you guys, Cattle Decapitation , Armored Saint and Entrails (to name just a few)…wow! Do you feel supported or what?

Absolutely. Metal Blade has a solid roster and like you said, this year has definitely been the year of Metal Blade as far as metal goes. It’s great having such a solid cadre behind us and we’ve never felt “left in the dust”, so to speak. The new Cattle Decapitation and Rivers of Nihil have been nothing short of stellar.

Does it feel sometimes like you guys are just getting faster and crazier and you can’t stop? hahaha \m/

We’ll get as fast and as crazy as we possibly can! It just comes naturally to us. All of our inspirations has been speed, thrash, or just pure heavy metal along with some good sludge and grind as well. If we can make it faster and heavier, then we’re going to do our damnedest to do so!

I think one of the craziest shows we’ve played was our hometown show on the Rockstar Mayhem festival. Hometown shows are always great, naturally, but this one definitely felt like a breakout for us. We didn’t know we hadso many hometown fans. Huge mosh pits, along with circle pits and a killer Wall of Death, everyone came out in force, despite the sudden and random deluges of rain that day.

How was the dynamic with Jason Suecof? What made it not just another recording session?

Jason is a master of his craft, no doubt about that. He’s by far the easiest and most talented producer/engineer we’ve had he pleasure of working with. What makes Jason unique is his ability to take care of business with the least amount of stress possible. Not once did I feel like I was rushed or hurried, let alone pressed to do what I had to do.His household is nice and relaxed as well, which definitely helped the process as a whole.

So how did Goatwhore make this record heavier? I read that your guitarist was Goatwhoring out a lot in spare time (as in listening to them a lot, not being a goatwhore). Do you feel you’ve gotten angrier or are just inspired through more fame in the scene to put out even more energy now that you have some die hard followers?

Every album has it’s inspiration. Hiran is a huge Goatwhore fan, and naturally it would bleed through in his writing. Same as my favorite band is GWAR, so not only being on tour with them as we speak, but their music through the years has greatly influenced my playing and style throughout the years. Our fans have also helped us shape not only how we play, but the people that we are. We love talking to everyone as much as possible, and our fans are our lifeblood. Without them, we’re just a bunch of dudes playing music. We need them as much as they say they need us, and we’re eternally grateful!